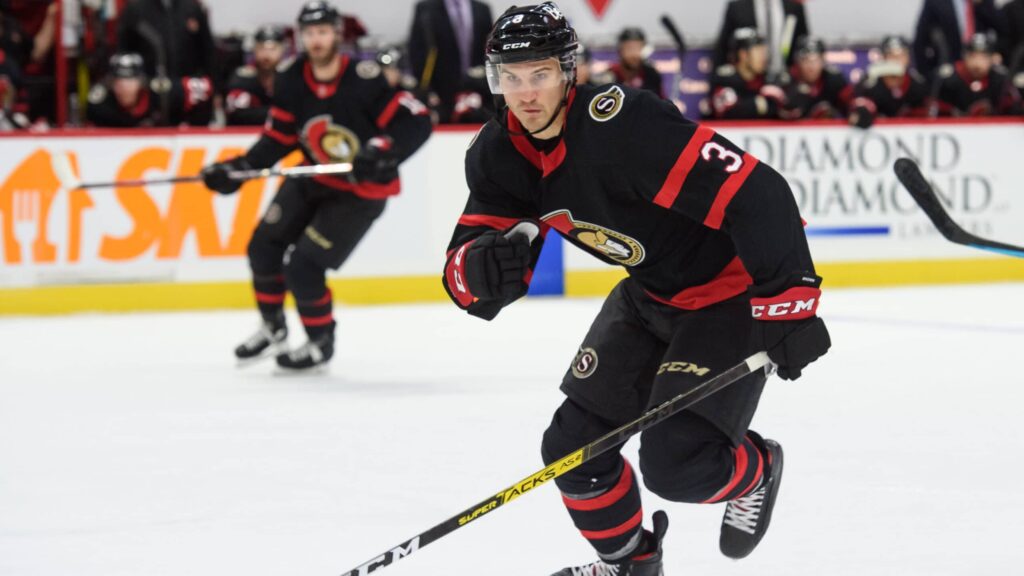 It was quite the scene at Ball Arena last night as the Ottawa Senators returned to action. Ottawa had a scrappy effort against the Colorado Avalanche as Zach Sanford scored a hat-trick but the Sens fell 7-5 to the Avs. It was their first game in 8 days after the league forced them to halt their activities due to a COVID outbreak that saw 10 players and a coach in the NHL’s protocol.

“A lot of good battle, a lot of really poor decisions with the game on the line. It’s an unacceptable loss. We talked about not having excuses, when we give up a winning goal with 1:33 to go, it’s 100% on us,” said DJ Smith following the loss.

An ugly start from the Senators lead to Colorado scoring just 50 seconds into the game. Ottawa battled back multiple times, leading 4-3 and 5-4, but was never able to hold on. “Very disappointing that’s for sure,” said defenceman Thomas Chabot. “First game back after 5-6 days off, playing one of the best in the league and you find a way to always come back, tie the game, and take a lead. That one hurt.”

Artyom Zub and Josh Norris scored the other 2 goals for the Sens. They were out-shot 40-21 and Filip Gustavsson made 33 saves in the losing effort. Ottawa played most of the game with 5 defencemen after Josh Brown went down in the 1st period and never returned. DJ Smith said: “Looks like he could be out some time,” when asked for an update post-game.

Alex Newhook scored the game-winning goal with 1:33 remaining in the 3rd period. Cale Makar had a pair of goals and Nazem Kadri tallied 4 points, as the Avalanche won their 5th straight game.

The Sens now travel to San Jose for a meeting with the Sharks on Wednesday night.