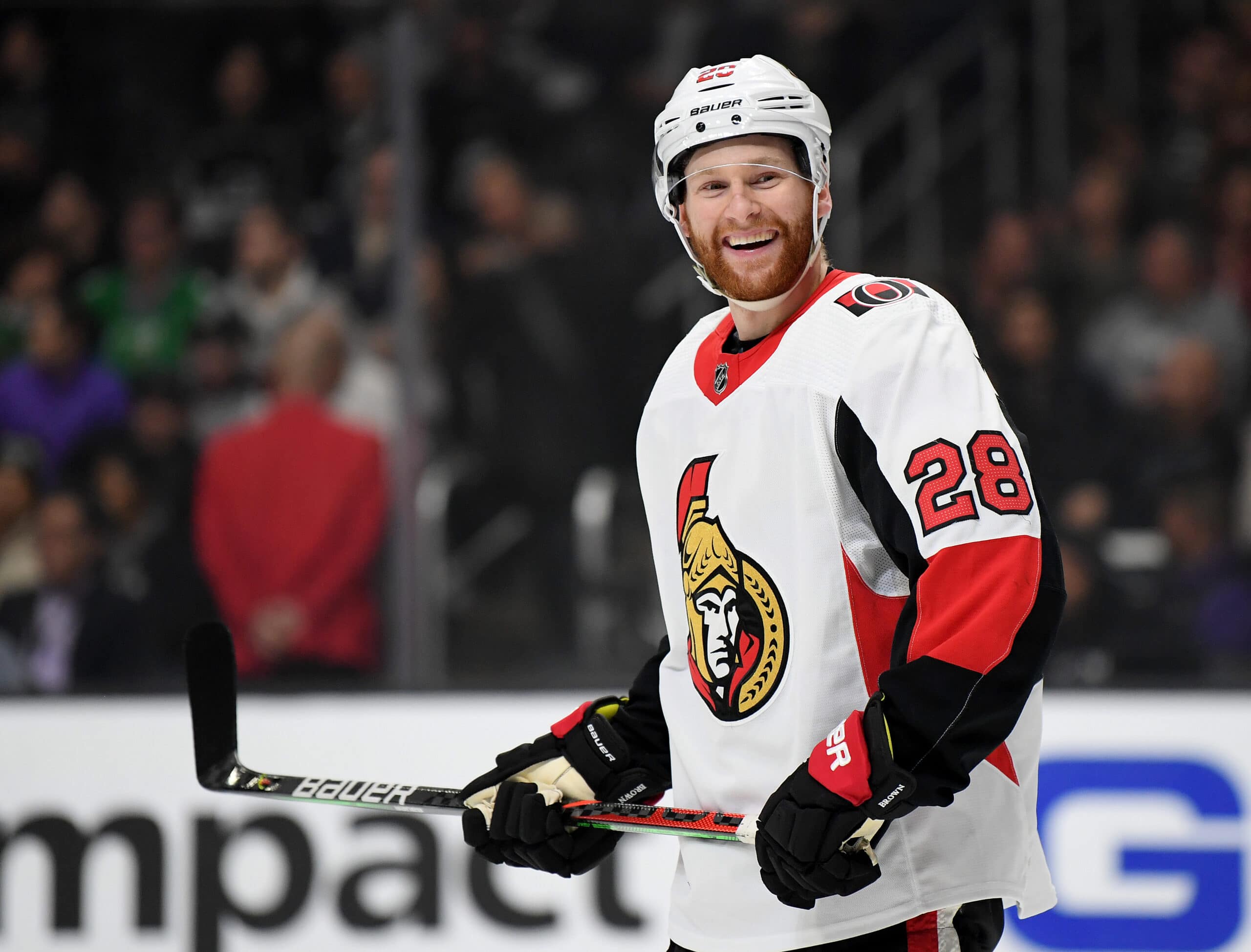 It was a night Connor Brown isn’t likely to forget any time soon. Despite the close loss to Toronto, Brown broke the Senators’ franchise record for most consecutive games with a goal at seven. Leafs’ goalie Jack Campbell also broke the NHL record for consecutive wins to start a season in an incredibly exciting battle of Ontario that’s now cemented in history.

The action started early and wouldn’t slow down all the way to the final whistle. Auston Matthews opened the scoring nine minutes into the game after a bad giveaway by  Erik Gudbranson. Mitch Marner intercepted the sloppy pass and dropped it for Matthews in the slot, who whipped it by Forsberg. 21 seconds later they would strike again, with Marner passing it to an open Matthews on the wing who didn’t miss the open net.

The score would remain that way until a flurry of action began with just under eight minutes left in the second period. Tim Stützle fired a shot past Campbell that bounced off the post and right onto Batherson’s stick who put it in the back of the net. A minute and a half later Ottawa would find themselves on the penalty kill. It would take Alex Formenton just 11 seconds to cause a turnover at the blue line and streak in to beat Campbelll five-hole, tying the game at two.

.@88Forms with the shorty to tie the game! pic.twitter.com/lZH6vTjVcG

Three minutes later Stützle would finally break his slump by firing a beautiful snipe into the top corner of the net off the faceoff, giving the Sens a 3-2 lead. The lead would be short lived, as Marner would score after a scramble in front of the net just 27 seconds later. Then, with less than a minute to go in the second, Matthews would cap off his hat trick by once again beating Forsberg blocker side, giving the Leafs a 4-3 lead to start the third.

Five minutes into the third Ilya Mikheyev would strike, firing a turn around shot past Forsberg after picking up a slot pass. Four minutes later Connor Brown would leave his mark on Senators franchise history. With his goal against his former team and hometown, Brown broke the Sens franchise record for consecutive games with a goal, a record that Batherson had tied earlier in the year.

Make it seven straight games with a goal for Connor Brown (@Breeze2Greeze)!

The score would stay 5-4 until the final minute, when the excitement continued. Zach Hyman scored an empty net goal for the Leafs with 27 seconds left, but that wouldn’t be the end of it. With 22 seconds to go Joe Thornton would take a penalty, sending the Sens to the power play while down two. It would take Josh Norris five seconds to cut the lead to one.

Despite Ottawa winning the ensuing faceoff and entering the zone, the Leafs would clear the puck letting the clock run out to show a final score of 6-5. Despite the loss there were plenty of good signs for Ottawa after a rough series against Edmonton. Stützle finally breaking his slump could give the rookie more confidence heading into the final stretch of the season, and Connor Brown cemented himself in Sens history.

Ottawa will be back in action Monday when they play host to the Winnipeg Jets at 7:00. The Sens are currently 1-4-1 against the Jets with four games left to play in the season series.