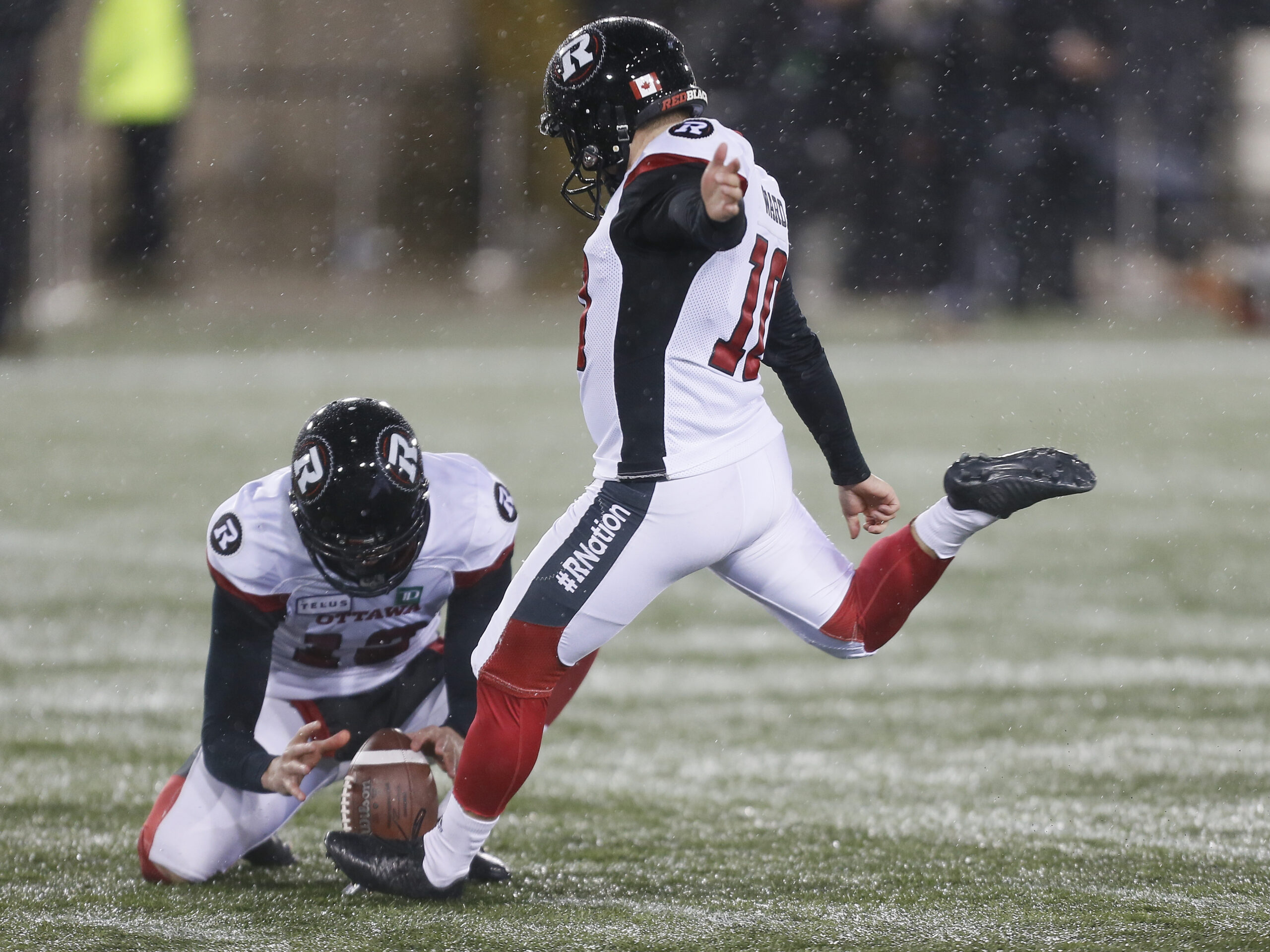 The Ottawa Redblacks finally suit up this weekend for their first game in over 21 months. Of course, COVID-19 delayed the start of this season and wiped out the entire 2020 CFL campaign. Unlike the major professional sports which have lucrative TV contracts they can live off, the CFL simply couldn’t operate without any fans showing up to buy tickets, drinks, food and merchandise.

When we last checked in with our local football heroes, they were struggling, closing the 2019 season with a 3-15 record, the worst in the league. The Redblacks dropped 15 of their final 16 games and went 1-8 at home. The club parted company with too much talent that year, like starting quarterback Trevor Harris, star receiver Greg Ellingson, star offensive lineman SirVincent Rogers, and offensive coordinator Jaime Elizondo.

But just as the Elks grabbed a good chunk of Ottawa talent, this season the Redblacks went out and got their own reinforcements, courtesy of the Winnipeg Blue Bombers – the defending Grey Cup champions.

GM Marcel Desjardins hopes that former Bomber Matt Nichols will stabilize Ottawa’s quarterback position that was such a major point of weakness in 2019. That was the single biggest reason for their terrible record. Today, Nichols is ready and willing, but will he be able? The 33-year-old missed Winnipeg’s championship playoff run with an injury to his throwing shoulder and he’s still apparently feeling it two years later, based on his limited participation at Ottawa practice this week.

After that 3-15 finish, the Redblacks said goodbye to Rick Campbell, the only head coach they’ve ever known. Like many breakups, it was apparently a mutual thing. So, Desjardins borrowed from Winnipeg’s championship blueprint once again, signing Paul LaPolice as his new man at the helm.

LaPolice has had two stints with the Bombers, first as their head coach and then as offensive coordinator for their 2019 Cup winner. His past familiarity with Nichols will be a helpful asset, as will the presence of running back Timothy Flanders, the likely starter in the Redblacks’ backfield this season. Flanders was an impressive understudy in Winnipeg behind Andrew Harris, who’s led the CFL in rushing the last three years.

LaPolice’s offence entered camp behind the eight ball, losing two key Canadian starters to retirement in popular receiver Brad Sinopoli and offensive lineman Alex Mateas. The loss of Sinopoli means even more is expected of receiver R.J. Harris who had 62 catches in 2019 and heads up this year’s receiving corps.

The new head coach is hoping history can repeat itself, and so should Redblacks’ fans. Ten years ago, in 2011, LaPolice’s Bombers were coming off a 4-14 season – much like the one Ottawa just endured – but they turned things around completely, going 10-8, winning the East, before losing in the Grey Cup against the B.C. Lions.

Expect some improvements on defence in Ottawa. The Redblacks signed a new defensive co-ordinator in Mike Benevides – a 20-year coaching veteran in the league and a three-time Grey Cup winner. He was most recently defensive coordinator in Edmonton in 2018, so it’s also a little revenge for all the recent outgoing talent that’s been headed in the opposite direction.

The Redblacks’ special teams will be again be among the best in the game with the top kicking duo of Richie Leone and Lewis Ward. Two years ago this month, Ward saw his consecutive field goal streak end at 69.

Outside of Ottawa, the Redblacks are almost everyone’s choice to finish last again. But after a 21-month layoff, with new players coming in, players retiring or just being two years older, who knows what to expect out of this mess? It’s likely to be the most unpredictable season ever.

But the team should enjoy a nice little grace period with their fans who, after the long COVID-fueled absence, will be happy just to be back at the park again. The 1-8 home record in 2019 is just a distant memory and the team has no desire to issue any reminders.