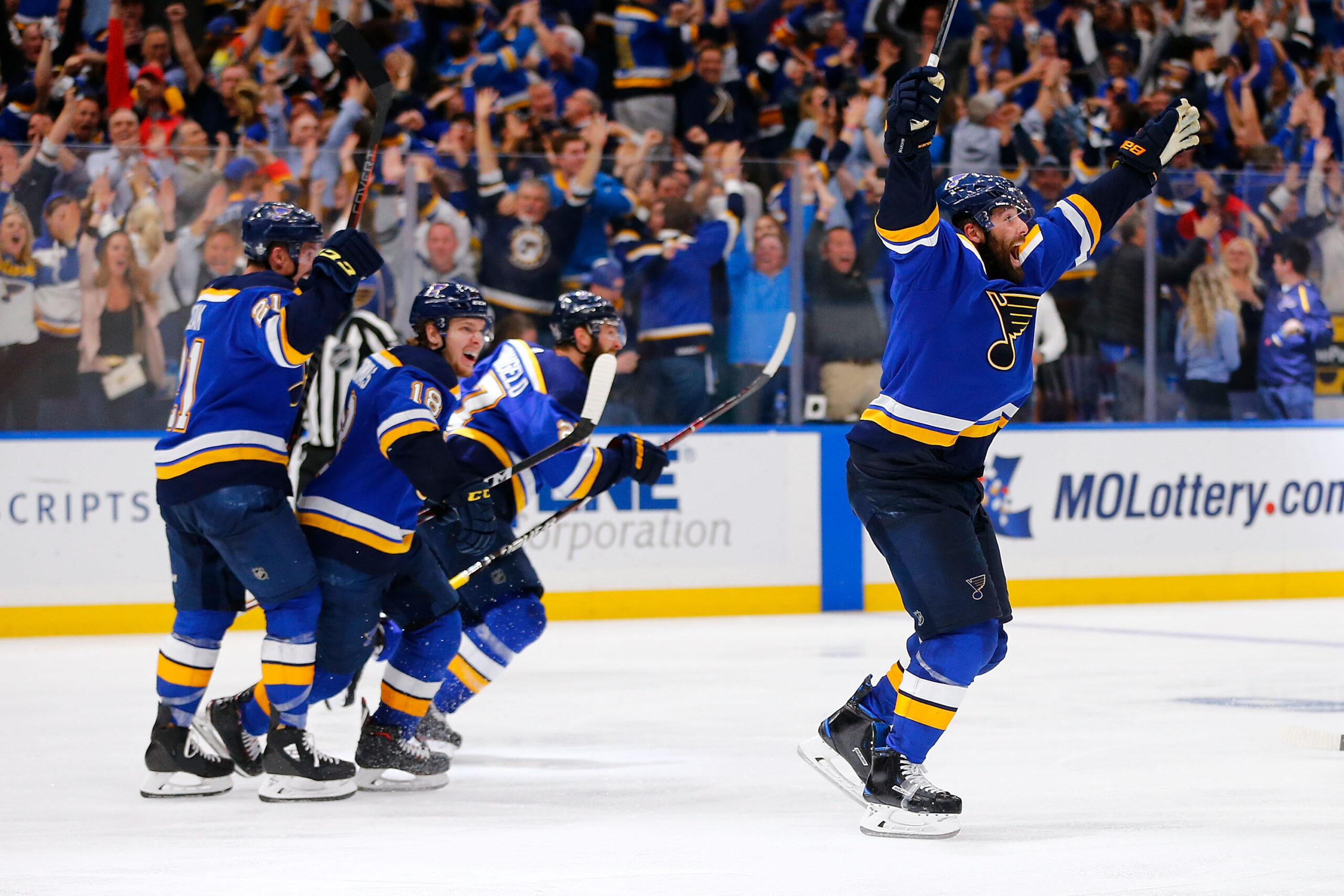 ST. LOUIS, MO - MAY 7: Pat Maroon #7 of the St. Louis Blues celebrates after scoring the game-winning goal in double overtime in Game Seven of the Western Conference Second Round during the 2019 NHL Stanley Cup Playoffs at the Enterprise Center on May 7, 2019 in St. Louis, Missouri. (Photo by Dilip Vishwanat/Getty Images)

For a league that’s 104 years old, you’d think the NHL would have seen its two oldest franchises, the Toronto Maple Leafs and Montreal Canadiens, get together a little more often at playoff time. This is especially true when you factor in the league’s first 50 years when it was very small, and these two clubs usually made up a third of the NHL’s population.

But their meeting this year is only their 16th ever in a playoff series and first in 42 years. There remains something special about this rivalry which, for decades, has divided Canadian hockey fans. A series this special deserved a special finale and it got that, going the distance to Game 7.