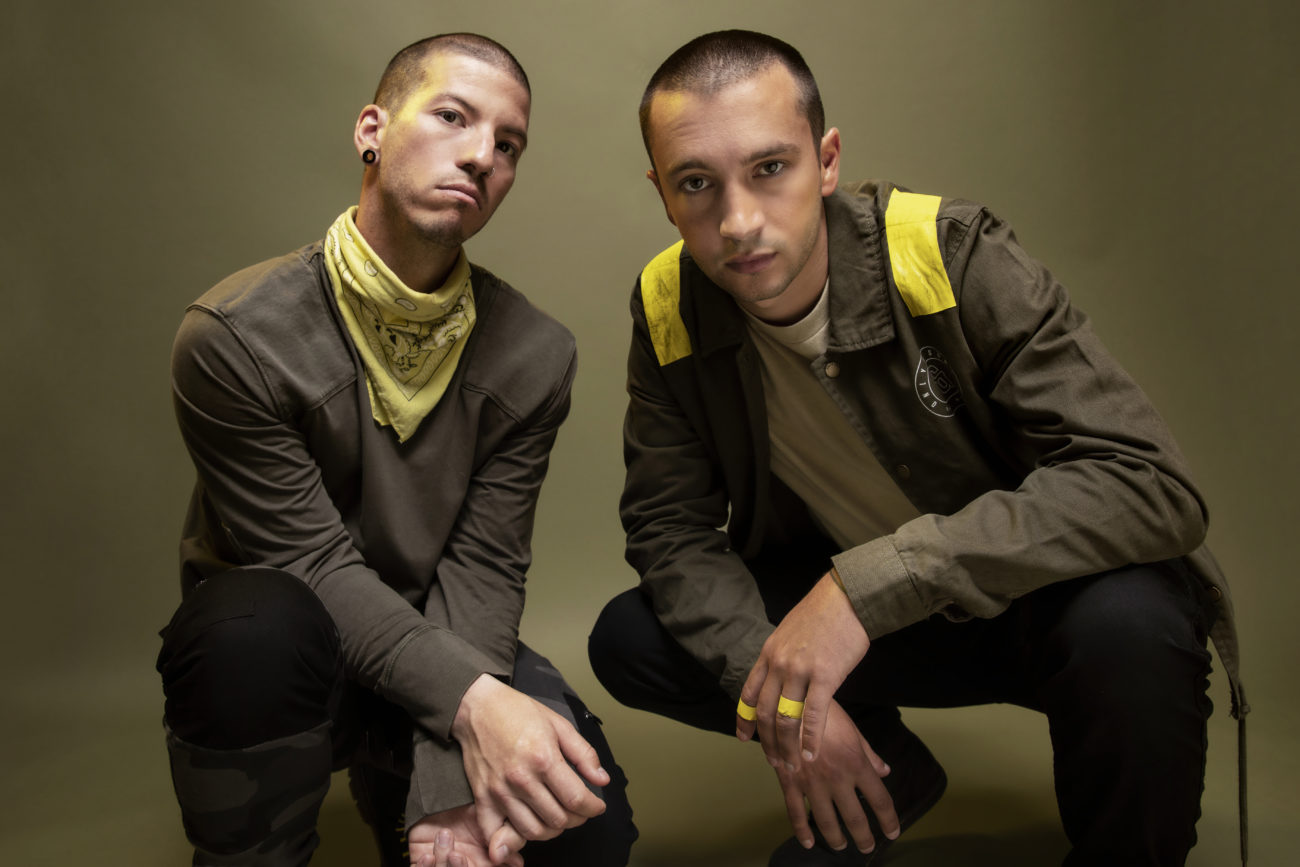 Twenty One Pilots Hit The CTC On May 21st

Grammy award-winning musical duo, Twenty One Pilots, recently became one of 15 bands to have a song surpass one billion streams on Spotify. They hit this milestone just after landing two spots on Youtube’s most-liked videos for their songs Stressed Out and Heathens, both of which have over one billion views.

We had the opportunity to chat with lead vocalist, Tyler Joseph, ahead of the band’s stop in Ottawa on May 21st. He explained how the main focus for him and his bandmate, Josh Dun, is to ensure they continue creating a unique and exciting experience for their fans. The two are more than just bandmates; they have created a lasting friendship that continues to play a major role in their worldwide success.

Tell us the story of how you two started working together in 2011.

Josh and I met each other through mutual friends in Columbus, Ohio, and it’s a pretty small music scene there so you kind of get to know everyone. We were friends for about a year before we even started playing music together. I would go to his shows and he would come to mine, with our mutual friends. I really clicked with him on a friend level which I think is really important to establish something like that before you move into something as intense as being in a band with someone.

You released your new album Trench last fall, which has a very cohesive and mature feel. Tell us about the process of writing this album and the inspiration for the themes.

This was different from previous records that I’ve written. With this record we were able to solely focus on just this, and one of our goals was for people to be able to feel how much effort we put into it. Our fans are our big inspiration for what it is that we do and why we do it. If we were to talk about a logistical inspiration, I think that me learning how to play the bass guitar for the first time was one of my biggest inspirations. I wrote a lot of songs targeting that instrument so it influenced how the album sounded.

Your song Jumpsuit was nominated for Best Rock Song at the Grammy’s this year, which was your sixth Grammy nomination as a songwriter (Tyler). You won Best Pop Duo/Group Performance back in 2017 and kept true on your promise to each other to accept the award in your underwear. Tell us what it was like to win your first Grammy.

That whole experience went by really fast. It was an amazing feeling, I think that now looking back on it I realize how incredible it was to be in that position, to be at the Grammys and to go up on stage and win one. Being nominated again this year and losing made last year’s win that much sweeter. Now we know what it’s like to win and lose, so you realize how special it is to win an award like that. I try to apply that philosophy to things that we’re doing right now. We’re currently in South America playing shows, which we have done before but now the second time around I feel like I’m appreciating it more and trying to soak in the experience and the culture.

It’s evident you two have kind of had a plan from the beginning with the music and fan experiences you’ve been creating. Now that you’re selling out shows around the world, what are new goals you’re setting for the future?

We are always working on the show; right now we are working on new tracks for a live show, so songs that already exist but changing the way we present them live. I think that a lot of bands and artists in our state have a music and show director, and even though we have a lot of collaborators to help us put on our show, Josh and I have held those things close to our chest so everything you hear and see at our live shows is something we had a hand in. We’re always experimenting with different ways to make our shows seem fresh and exciting. We’re learning everyday how we can make that experience better for our fans.

You had the opportunity for your Mom to see your show in the UK for the first time in March. Tell us what that experience meant for you.

It was great. My family and I never really travelled before this whole thing got started. Now all of a sudden we have the ability to travel, so to invite my family and specifically my mom was really special. It was her first time in Europe and out of the country, so the night before her flight she was nervous and asking how she was going to get money since it wasn’t the same currency, I laughed and assured her that I would take care of it. Then, watching her experience a brand new place for the first time…it’s moments like that which make this whole thing really worth it. 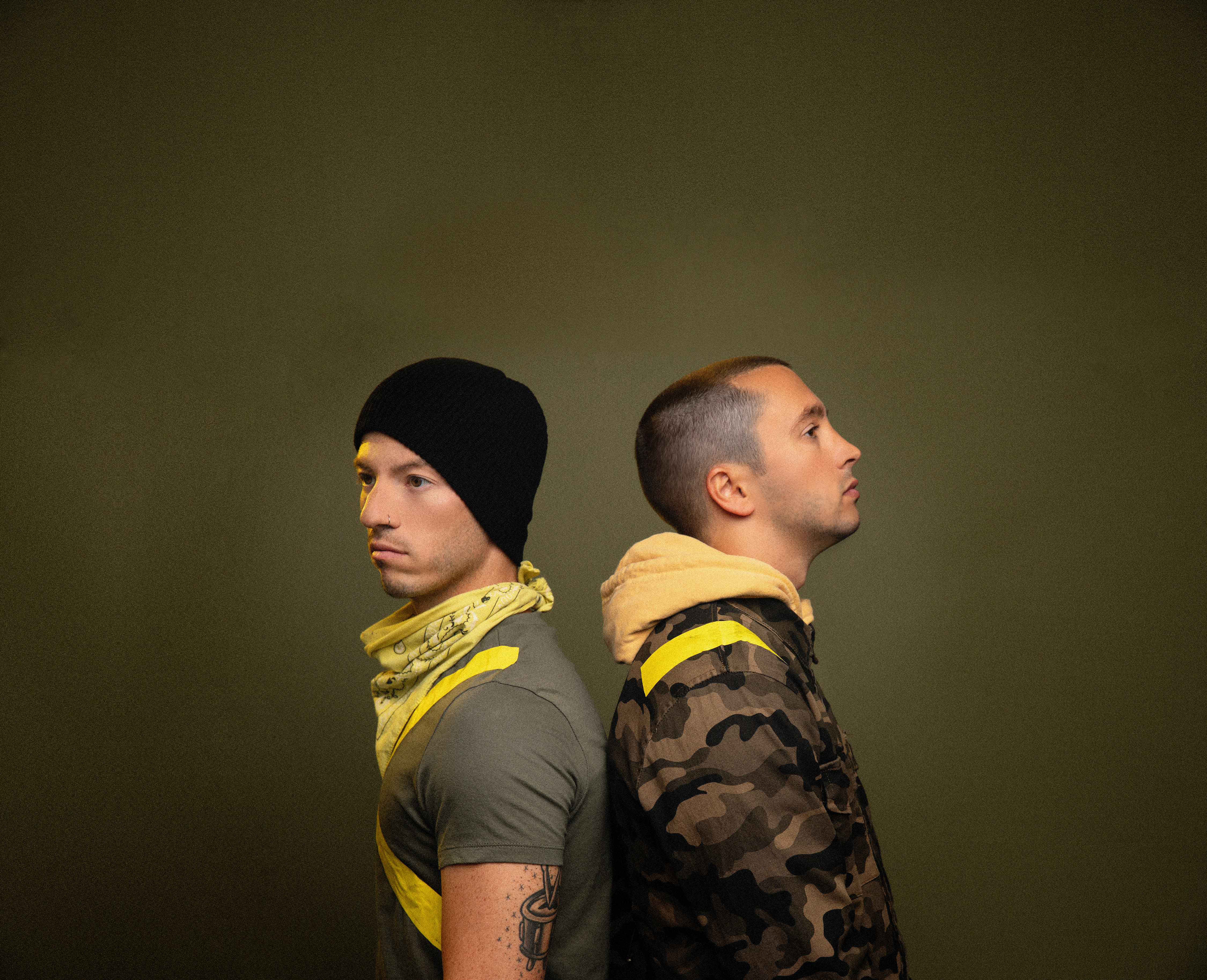 You were in Ottawa in 2016 at TD Place but have made the jump to perform at the Canadian Tire Centre on May 21st with the Bandito tour. What can fans expect from your show, which has been noted by as a “must-see performance” by Billboard music?

We had a philosophy at the very beginning of this, which is that we should give our fans more than just our songs live, we want to give them a show. That came from being self-aware that when you start out as a local band anyone who comes into the club or bar you’re playing at probably doesn’t know your music. So the assumption that just your songs are good enough to put on a show has never really been our mindset. Josh and I like to show the audience that we want to work for them and that we’ve prepared this show for them. I think that anyone who comes to our show for the first time will walk away more impressed and in awe of our fans and what our crowd is doing more so than whatever we’re doing on stage. I think the biggest production value of our show is our fans especially right in the front, so for me I think that’s the most exciting part of our show.

Any memories from your time in Ottawa or is it usually a quick stop passing through?

It’s hard to remember each stop that you get to go to. At the same time as much as I’d love to explore each city, I consider myself a lucky person to be able to gather all that information by experiencing the shows and fans in different cities. Canada has always been a fun place for us to go play, we didn’t travel there in the beginning of our career so it’s still new for us and we’re excited to come back and revisit those fans.

Where did you get the idea for the hilarious “Quiet Game” you’ve been playing on tour recently?

That came up because there’s the stereotypical photo with the crowd, so we wanted to do something along those lines. We wanted it to mean a little more but still accomplish the same thing. It was a bit of a social experiment as well, before we would do it we would bet on how many seconds, or minutes they were going to last. The guys who were saying 30-40 seconds I thought they were nuts, there was no way the crowd was going to last that long. We actually learned a lot about the crowd mentality and I could probably write a book on what I learned over those 30+ dates in Europe doing the quiet game.

What’s the one thing you can’t live without when you’re on tour?

My backpack actually is very specific and important to me. I don’t let anyone hold it or carry it for me, and it stays with me wherever I go. Josh and I kind of pride ourselves on our backpacks; we believe if we were dropped in the middle of a forest with just our backpacks we would be able to survive.

If you guys could go back to 2011, what’s something you wish you would’ve known then?

Honestly I look back to 2011 when Josh and I were slugging it out but we really did have the right mentality that we could do this, and that the dream wasn’t impossible. We had the confidence, we had the drive, and in a sense we did what we set out to do. I look back now, and we didn’t know it was as difficult as this to accomplish what we have. We didn’t know how many artists and bands were out there looking to accomplish the same thing, and I’m glad I didn’t know that back then. If we knew what the odds of it working was back in 2011, I wonder if we would have gotten discouraged quicker because Josh and I believed wholeheartedly that we were going to be where we are now.

May is Celiac Awareness Month - Kn...

5 Things You Should Try to Fight y...