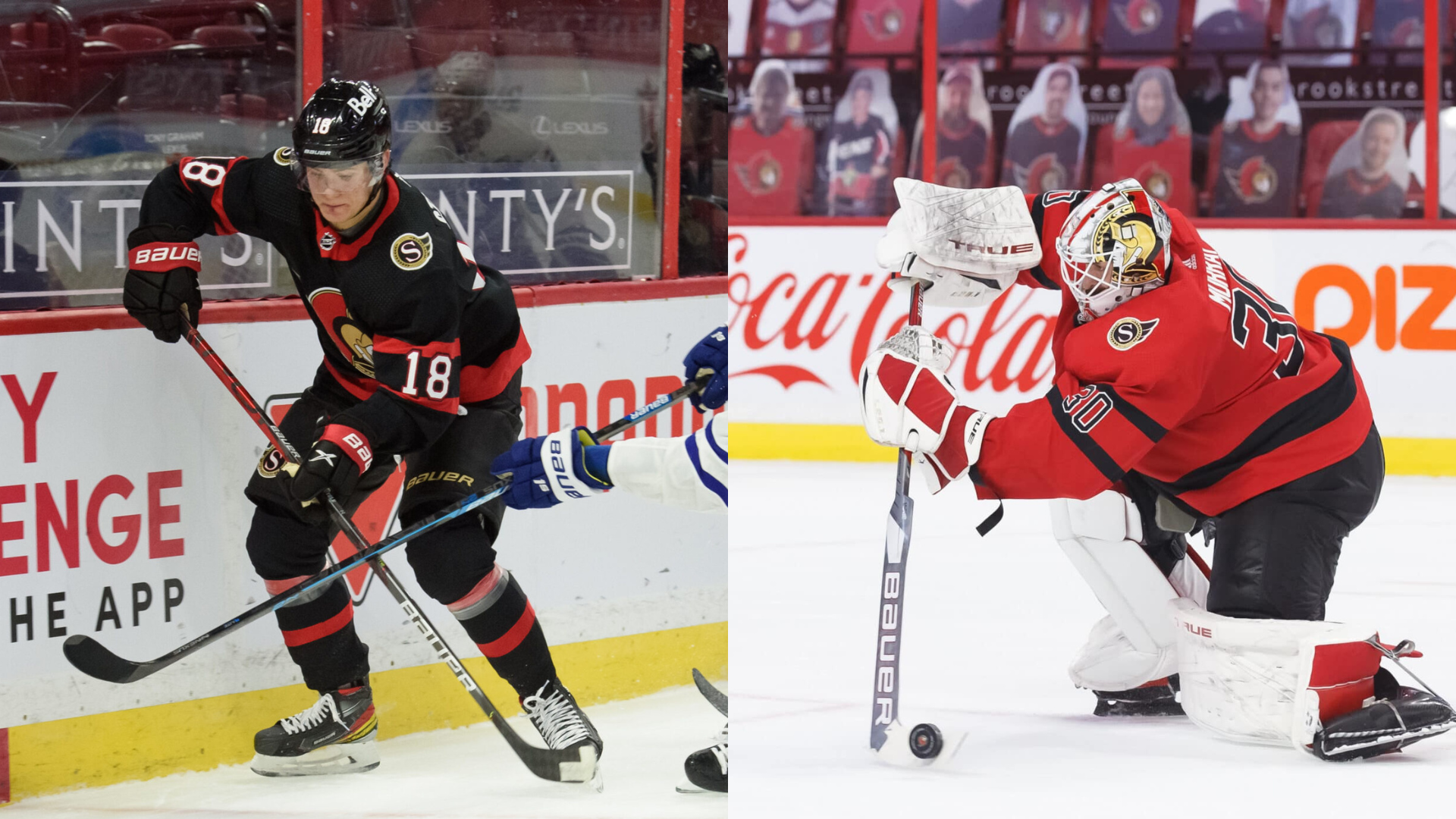 The Ottawa Senators started this season hoping to surprise teams and push for a playoff spot, but, after a 4-10-1 start to the year, things don’t look so great. There are many reasons for the sluggish start, from 10 players being placed in the NHL’s COVID-19 protocol to injuries questioning the organization’s depth, but here we will focus strictly on 2 players. Tim Stutzle and Matt Murray.

Let’s begin with Tim Stutzle. Jimmy Stu, as the team likes to call him, showed lots of promise in his rookie campaign scoring 12 goals, 17 assists, good enough for 29 points in 53 games. His sophomore season has had some flashes, but, Stutzle just scored his first goal of the season against the Penguins and only has 6 points to his name. The opportunities have been there for Timmy but he’s struggled to capitalize on them, which can’t be easy on any player, let alone a second-year forward like Tim Stutzle.

He spent a few games on the top line before Brady Tkachuk returned to the team on October 21st in their loss to the Sharks, but has been shuffled around the lineup and for the most part been on the 3rd line. Stutzle continues to see time on the first power-play unit, where he scored his lone goal and collected 4 of his 6 points, but needs to get going at 5 on 5. Hopefully, the break can give him a chance to forget about his first 15 games and start fresh.

We now move to Matt Murray. Matt was acquired via trade from the Pittsburgh Penguins back in October of 2020. Sens General Manager, Pierre Dorion, then signed Murray to a 4-year deal worth $25 million, not long after the trade. The team had high expectations for Matt Murray after he won 2 Stanley Cups with the Penguins, but has yet to live up to his contract. Murray finished last season with a 3.38 goals-against average, .897 save percentage, and 10 wins, in the 25 games he started. Murray struggled early with his new team and battled injuries throughout the year – looking for a fresh start this season.

Instead, Murray missed the first 3 games of the year with a cold/flu, then 2 more games with a neck injury after a collision with Rangers forward, Chris Kreider. So far, Murray’s yet to secure his first win this season, starting in just 5 games, rocking a 3.10 GAA and .897 save %. He’s watched Filip Gustavsson steal the crease from him in the process. Murray is one of the 10 Sens players currently in the NHL’s COVID-19 protocol. Let’s hope he finds his groove when the team returns to the ice.

You can make a strong case for either player here, but I’ll give the edge to Tim Stutzle. There’s still plenty of time for Timmy to get going and salvage his sophomore season, which I believe he will do so, but, he has fewer excuses than Matt Murray. Stutzle has played in all 15 games this season and other than taking a nasty slash from Stars forward, Radek Faksa, he’s been relatively healthy. There’s a strong case that Ottawa would have an extra win or two if Tim Stutzle, had more than one goal through his first 15 games. It’s not all on him and Matt Murray certainly needs to step his game up but for now, I’ll lean towards Stutzle.

What do you think? Tim Stutzle or Matt Murray?