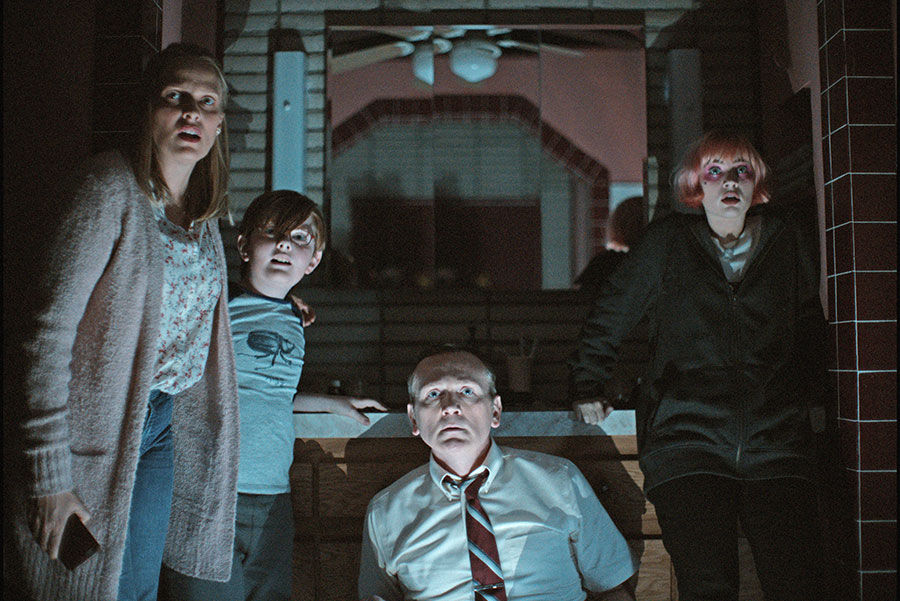 Films of isolation are something of a weird art. While sometimes creating a tense, claustrophobic atmosphere, it’s usually just a cheap trick filmmakers use to save money.

Instead of spending money to move the entire production to a new location, everything can be shot in one condensed room. While there have been a few movies that have used this tactic to create classic horror films like Misery and The Evil Dead, we generally get films like We Need To Do Something.

The film opens with a family of four taking cover in their bathroom from a storm growing more violent outside. However, after the storm passes, they find a tree has blocked the door from the outside, trapping them inside.

The windows are designed so they can’t look out, and no one can look in, and their phones eventually become useless. So, all they can do is wait for someone to come and find them.

Right off the bat, this seems like a decent premise for a claustrophobic horror flick. The bathroom itself is rather unpleasant to look at, covered in pink tiles with little to no light coming in from outside – it’s almost reminiscent of a solitary confinement cell.

Unfortunately, once you realize you’ll be looking at this bathroom for the next 90 minutes, it starts to get rather dull to look at. This is mainly because the family has nothing to do in this bathroom except shower, yell at each other and relieve themselves.

It is clear throughout the entire film that something strange is happening outside, and that it has to do with the daughter’s actions with her girlfriend. They hear gunshots outside, they get an unpleasant visitor, and the room sometimes rumbles. Unfortunately, that’s all the payoff we ever get.

We, the audience, never get to see the outside world or learn what has happened. All we know is that it is serious. To be fair, this isn’t exactly the first film to attempt something of this nature.

A similar approach was taken by The Blair Witch Project, where the scares were built up to ultimately not show the witch at the end. Unfortunately, while that film had a brand-new style considered unique and edgy, We Need To Do Something offers very little with its premise. But if you’re thinking that maybe the characters are engaging enough to get through the flick… think again.

While most of the actors passably portray their roles, the writing and their chemistry aren’t enough to let us forget that we’re still stuck in this ugly bathroom. The parents’ constant bickering comes off as more annoying than tense. The daughter carries the same expression throughout most of the film, and the son does so little that you forget that he’s there half the time.

The only one who manages to stand out is Pat Healy as the patriarch of the family… which is not a positive for the film. I don’t know what kind of direction this guy was given, but the things he does and says come so out of nowhere that they just make you raise an eyebrow and go, “umm… what?” It’s almost as if he’s acting in a completely different film half the time.

There’s a truly bizarre moment when he just starts eating moist wipes out of nowhere, and there’s little to no explanation for it. And what’s weirder is that the family has little reaction to him doing this too. I guess it’s to add some shock value to the film and give us some sense that cabin fever is settling in but, once again, there really isn’t a satisfying payoff to this.

While the attempt is appreciated, this film feels too dated to become a staple of the horror franchise like other isolated films before it. If you’re looking for a horror feature to watch this coming Halloween, this is most certainly one to skip.