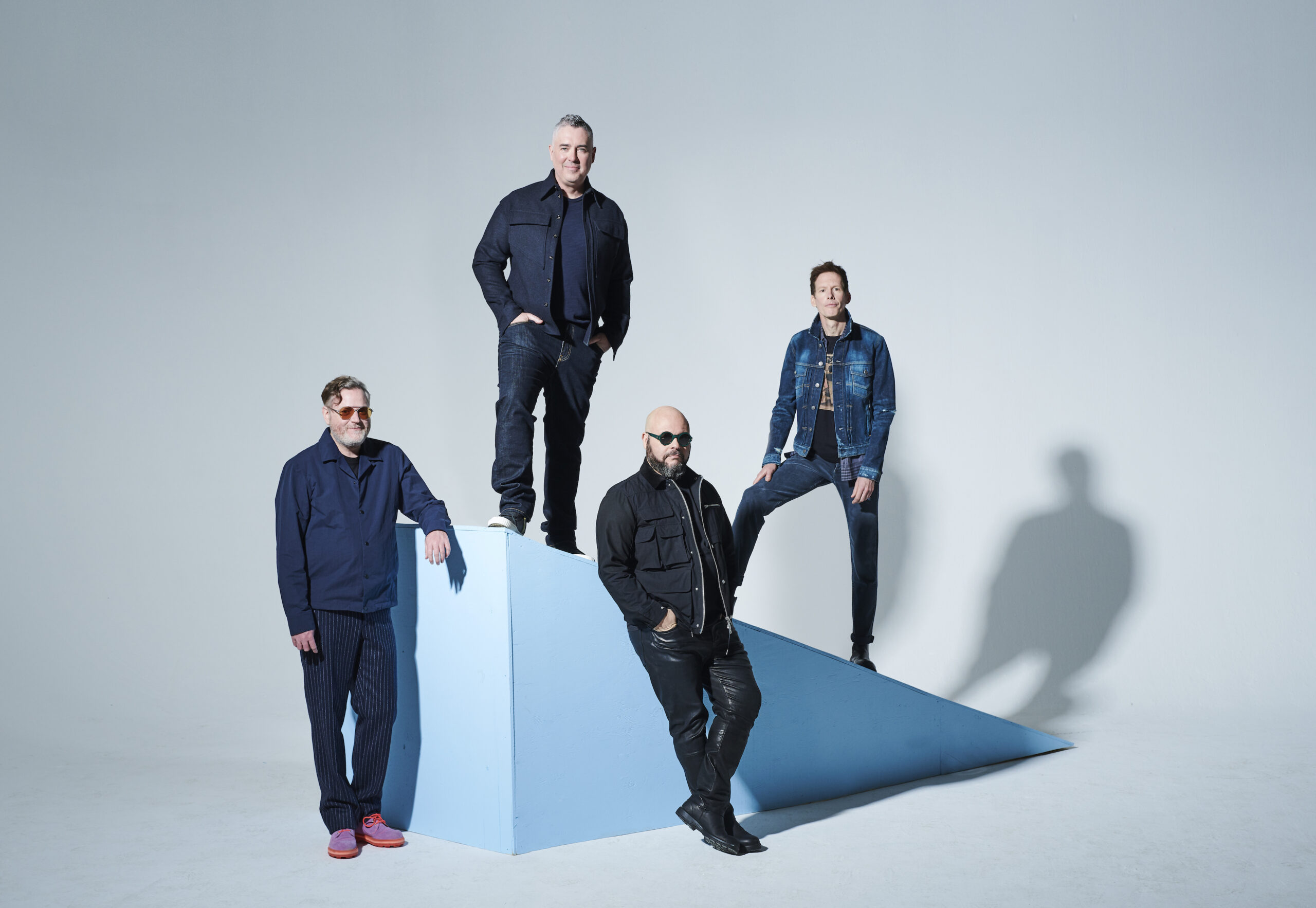 The Barenaked Ladies are performing live in Ottawa this weekend, fresh off releasing their 16th studio album, Detour De Force, with 14 new tracks.

The Canadian Music Hall of Famers are excited to have returned to the stage and to be connecting with live audiences once again. The group also recently released their first music video pre-COVID, shot in Toronto.

Detour De Force was mostly recorded pre-COVID, says the group’s drummer and back vocalist Tyler Stewart, who has been with BNL since 1990. But COVID offered a valuable opportunity for the group to listen back, incorporate some new sounds, and finish the album in late 2020.

The album was released in July of 2021, and is among the band’s best work yet, says Stewart.

Ottawans will have a chance to listen live at Bluesfest this weekend, where BNL will be performing their new material (and some old favorites) on Friday, September 24th at 7:00 PM. Tickets are still available here.

We caught up with Tyler Stewart to discuss the band’s past year, their recent album release, and what fans can expect from one of their first live performances in 2021.

We last talked to you over a year ago when you were performing your virtual Christmas concert. Have you been able to get back into the studio since?

Well, that’s a good question. We have not done any new recording necessarily, but we have been doing similar kinds of live stream events. Luckily, since then we have also been able to return to the stage, and it sure is nice to be playing outside in a nice and sunny summer environment in front of people who are starving for live shows.

Tell me about Detour De Force, your 16th studio album. How did COVID lockdowns affect your timeline for the release of this album?

We managed to finish most of the album before lockdown and then we added a few more songs here in Toronto. Initially, we were up at Ed’s cottage in Northern Ontario and we kind of made a more stripped-down acoustic-based record. That was the goal, and during the lockdowns, we had the chance to listen back to it all. We loved it, but also wanted to include some of the more produced pop music style tracks in the album. So, we managed to get into the studio in Toronto in the summer of 2020 when the first round of relaxed regulations came in, and we finished off there. We didn’t put the album out until this summer because we wanted to wait for the right time… when we could get out and play some shows. It has been great playing some of the new material for the live audiences over the last couple of months and it has been extremely exciting and gratifying for us.

Tell me about some of the tracks on this album. What is one of your favorite songs, and why?

That’s a good question. One of the more polished pop production songs I like is called Good Life, it is essentially a documentary about the band. It is our story of the ups and downs of being in a band for 30 years, but ultimately acknowledging that we’ve led pretty good lives. I really like that one because it’s groovy and fun to play live. From the acoustic side of things, there is a song called Live Well. It’s a more plaintive ballad about growing up with people that have some issues, who are surviving through some cr**y times, but not necessarily living their best life. So, there are two ends of the spectrum there, one celebrating a good life and being in a band as a musician while getting to travel the world, and on the other hand, growing up in a situation that did not look so great. I would say those two examples are a really good illustration of the album.

You said that this album features some of the best material you have released in 30 years. What makes you say that?

Pure ignorance (laughs). No… when you have been together for as long as we have… I mean, we’ve recorded over 300 different songs. So, this work is the result of our combined experience, our constant improvement. It reflects where we are at personally, and where the band is at on our journey. I think that having come through so much, the ups and downs of both our careers and our personal lives, we’ve now arrived at a place where we have a solid group of songs that I think really reflects who we are as a band. It is unique and it is special. I really think that the band, and the amount of commitment that we have to each other and to the music really shines through on our Detour de Force album. It really is a creative crystallization of a band working together to utilize its full strength.

You mentioned your song Good Life, which you released a video for, filmed in Toronto. What was that like?

We had a great time shooting the video on the beaches and cycling around and running into people while enjoying our waterfront. That was a lot of fun. Obviously playing in Toronto and even in Canada in general is a nice treat because lots of people have fond memories of the band or history with the band. I think there is certain ownership that Canadians have over the band; even though we probably are more successful in the United States, Canadians have this connection to the group. A lot of people grew up with us, or they introduced their kids or grandparents to our music, so it always feels like a homecoming wherever we play in Canada, whether it is Toronto, Ottawa, Vancouver, Winnipeg, or wherever. It is always a good time!

How was your first show coming back from all these lockdowns? What was something you missed the most about performing?

Our first show back was in New Jersey, and we played at a balloon festival… which was really cool, because all these incredibly colorful and vibrant hot air balloons were around the stage and there were probably 10 thousand people in the audience. It was a bit daunting at first, because there were very few masks being worn and this is in mid-July. In some ways I really admired it, and said to myself this feels normal again, this feels how it should feel. I felt happy for the audience, happy for them being together and being able to experience a great event. Hopefully it is stress free. It has been really awesome playing with some big crowds. We just played in St. John’s Newfoundland last week and that was really, really exciting. What a great town that is! Once again, that feeling of coming back together for live music was one of the biggest things that was missed during the pandemic.

With 2022 just around the corner, you’ve got your tour happening, what else are you excited for in the new year?

Well, besides overall global health, I’m definitely excited for us to get back out on the road on our own tour with Jim Blossoms and rock it during the summer, that should be a lot of fun. We are also doing a U.K tour and we are playing at the Royal Albert Hall, which is a very special venue, and one we have not played at in 20 years. So, we are looking forward to that. I just want to get back to doing what it is we love; playing shows for people and making people happy while being together and doing what we love. I must say that I am most looking forward to resuming our fabulous career.

What is the biggest difference between this album and your very first, both as a group, and for you personally?

I think as a group, you have to look at maturity. Whether that is musical or lyrical or just socially. I think that in those intervening 29 years we have grown so much. However, there is some magic to that first album that you can never recreate. Like your first kiss or the first time down the ski hill, or the first time you do anything… it is always the most exciting. Now, I think that with the benefit of experience you can look back and say ok, we are in a better place now. We know so much more about what we are doing. I would say that, and the fact that I am not terrified. I know on our first album; I was terrified to make a mistake with the expensive studio and all that stuff. I now look forward to sessions where we get to lay something new down on tape and hopefully surprise not only ourselves but our audience as well.