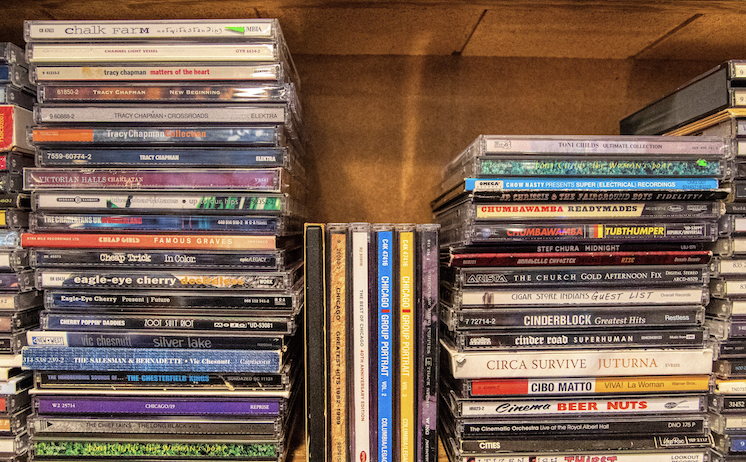 Well into our second month of quarantine, by now you’ve probably moved on to starting your Spring cleaning. The tedious dusting under every vase, vacuuming under every piece of furniture, and worst of all, organizing your storage area from all the garbage you’ve thrown in there from the past year. What on earth could be cluttering up that space?

Don’t confuse this with one of the fakes floating around out there. While the song sold well in North America, the release was cancelled in Austria, with all the copies seemingly destroyed. However, they didn’t get all of them because some have resurfaced into circulation. If you happen to own one of the original Austrian versions, you could get yourself $1,200.

When Naughty Dog released their newest franchise Uncharted with Drake’s Fortune, it became a mega hit. The third-person shooting mechanics mixed with parkour-like puzzles was interesting spin on the action-platforming genre. So, when the time came for them to release a follow-up, they pull out all the stops with a special edition version of the game.

However, this something that you could just go to the store and buy or order online. Playstation users had to enter a weekend demo contest. This edition of the game included Uncharted 2: Among Thieves, downloadable content, a collectible art book, a replica of the Phurba Dagger artifact and an autographed case from the Naughty Dog team.

It’s unknown how many were distributed but they are very difficult to find. While copies have gone for at least $2,000, some copies have sold for nearly $8,000.

Kind of weird this one would go for so much since Coldplay is one of those bands that’s earned the unfortunate reputation of being cool to hate. The same thing happened to Nickelback like 15 years ago. However, this release is a little different. For one, it only contains three songs: ‘Bigger Stronger’, ‘No More Keeping My Feet On The Ground’ and ‘Such A Rush.’ Second, the band self-released it back in 1998 with a limited run of 500 copies that were mostly given to record company executives, friend and family. The remaining few out there remain in circulation. If you have one in your collection, you’re looking at a possible couple thousand bucks.

A series over 20 years in the making, it all started back in 1996 with the first Harvest Moon for the Super Nintendo. You wouldn’t think that a farming simulation game could become so popular but with some added role-playing elements and colourful style, the game managed to find its audience, despite being released at the end of the console’s lifecycle.

While loose or “used” cartridges can selling for only $100, a rare good condition copy can earn you over two grand.

Back in 1989, the late and great David Bowie released ‘Sound + Vision’ that featured 49 tracks across three cassette tapes, a mix of studio and live records and even one video of the song ‘Ashes To Ashes.’ There was also a circulation of 350 limited copies signed by Bowie himself. If you managed to snag this special edition for your collection, that’s a possible $4,000 in your pocket. That number may have even gone higher after his sudden death in 2016.

When Batman Forever released back in 1995 off the success of the film, it wasn’t actually received well by gamers. It was criticized for its poor controls, sluggish gameplay and weak audio. The game was so panned by critics that it was named the worst of the Super Nintendo Batman games by GamerPro. These criticisms led to the game selling poorly.

However, if you’re able to find a rare limited-edition copy of Batman Forever, which is very unlikely due to few official records of sales, you could bag a cool $4,000. Even used copies can earn you at least $500.

Released all the way back in 1997, this was the debut extended play of then up and coming rapper Eminem. According to an interview with Zane Lowe, Eminem made only 500 copies of this CD and sold approximately half of them. This record has gone down in history as the release that helped the rapper find his violent music persona. Selling it today could nearly earn you $10,000!

Often considered one of the greatest games released on the Super Nintendo and even named as one of the 1001 video games you need to play before you die, should be no surprise to see Earthbound on this list. Known for revolutionizing the RPG genre with it’s iconic turn-based combat and open world, the story of a young boy and his friends’ journey to stop an evil alien force received critical praise across the board. However, despite it getting critical acclaim, sales faltered to due to it competing with the popular Nintendo 64, resulting in only 150,000 copies sold.

As a result, original copies of the game are difficult to come across but if you do happen to have one laying around your house, it could sell for as high as $2,200.

If you’re one of the few who managed to get their hands on a copy of these collection, consider yourself lucky because Sony reportedly only released 100 copies with the four-CD-R “1962” set. This set featured studio and live recordings that hadn’t been commercially released yet. If there are copies out there floating around, you’ll only find them in a handful of stores in Germany, England, France and Sweden. Good luck. 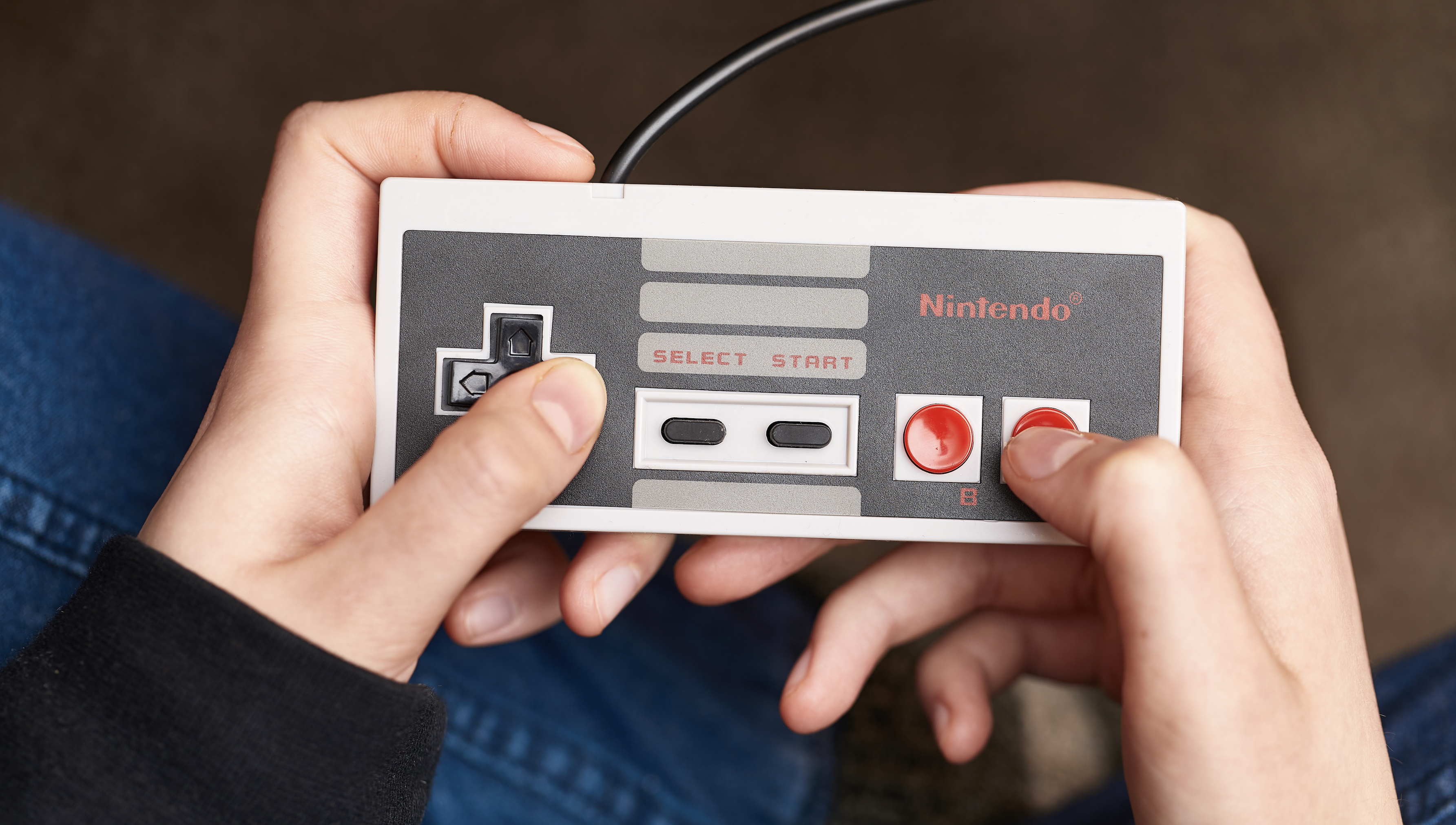 Back in 1991 and 1992, Nintendo sponsored a video game competition at nearly 60 college campuses throughout the United States and Canada.  There were only two events organized. Competitors were tested in three different minigames including Super Mario Bros. 3, getting 100,000 points in Pin*Bot and getting the highest score in Dr. Mario.

It’s unknown how many actual copies of the cartridge are out there. Back in 2006, a video game collector was able to find a copy of the 1991 version and sold it for $14,000. As for the 1992 cartridge, there have only been three confirmed in existence so far. Back 2009, one these surfaced and sold for an impressive $20,000. So, if you’re keeping one stored away in your attic without knowing its full value, might be time to unearth it.

Out of all the Mega Man games out there, you wouldn’t think that a low-selling game boy version would be the one sought after the most. When Mega Man V was released back in 1994, critics may have had issue with the game’s similar gameplay to previous installments but, for the first handheld gaming system, this was the only Mega Man game available.

So, obviously, that made it into something a bit more than it was. So, today, Mega Man V is one of the most sought-after rarities in the gaming market. While used copies will only earn you about $100, an original, boxed copy can sell for $2,500.

This collection came from Björk’s interest in conserving nature and the growing concerns of the environment. She’s held performances to raise awareness about the use of Iceland’s natural resources in aluminum melting plants. So, in 2010, she confirmed that she was working a new album to further raise these concerns to the public – it even had Iceland Prime Minister Jóhanna Sigurðardóttir’s support.

When published in 2011, the Ultimate Art edition was limited to only 200 copies and 75 artist’s proofs. This actually garnered a lot of criticism because these copies had a hefty price tag of £500. But, if you managed to get yourself a copy, that track would now be worth at least $1,600.

Believe it or not, Super Mario Bros. 2 wasn’t always what you know it as today. Have you noticed that, despite it being Mario game, it introduced a whole new combat system and new enemies? Well that’s because the game was basically a re-skin of a Japanese game called Yume Kōjō: Doki Doki Panic. Many versions of the game were created but, surprisingly, not many cartridges were created for the Hong Kong audience.

If you happen to find yourself in possession of a mint Asian version of the game, you can easily sell it for as high as $10,000. Even the cartridge alone can earn you $1,000.

Never heard of this album? Not surprising since there were only 25 copies released for circulation back in 2003. It offered up only five songs, as advertised in the title, but it was some of their most successful songs to date including ‘West End Girls,’ ‘Always On My Mind,’ ‘Go West,’ ‘Miracles,’ and ‘New York City Boy.’ It was meant to be simple five-track sampler CD but with the limited release featuring their most beloved tracks, you can sell this treasure for almost $1,900.

Despite not being intended to be a Mario game, the famous plumber did finally make his way to the starring role of Wrecking Crew due the character’s extreme popularity. In the game, the player controls Mario (or his brother Luigi in multiplayer) smashing objects with his famous hammer for 100 levels. Also, the game introduced a new innovative feature called a level editor that allowed players to customize their own levels. Though it didn’t include the original Super Mario gameplay liking jumping and platforming combat, the game still managed to sell well and even earn a re-release in 2007.

Brand-new sealed copies of this game have sold as high as just over four grand, but just the cartridge can earn you at least $1,600. 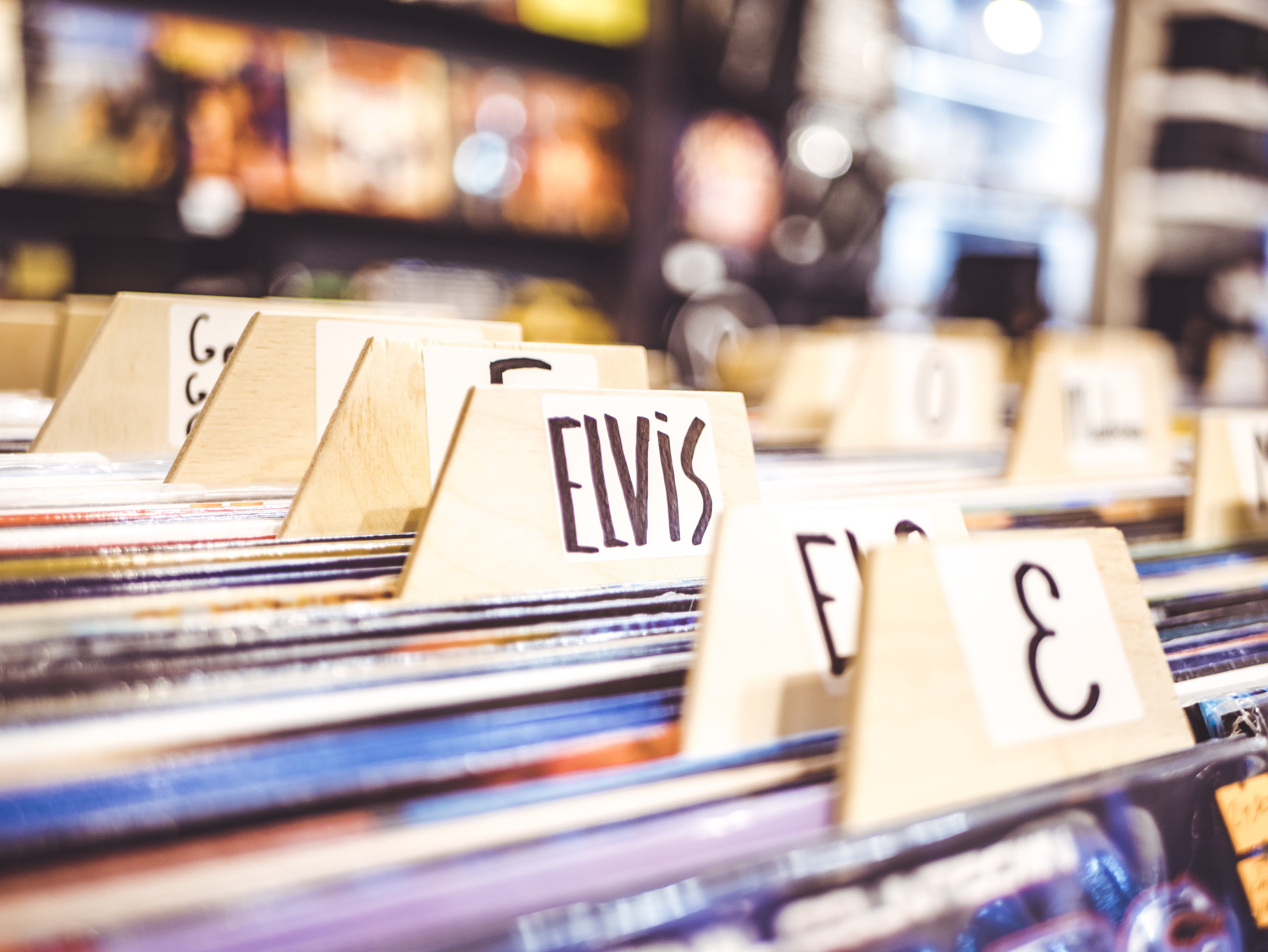 It’s no surprise that the complete work of one of most influential artists in the past century would be worth a lot of money today. Released as a box set back in 2010, the collection puts together all 711 master recordings released during his run as the King of Rock; all on 30 compact discs. It’s unknown how many of these are still in circulation but there are records out there showing that they’ve sold for as high as $2,000. It’s a must have for any die-hard Elvis fan.

Back in the early ‘80s, the video game industry was on the brink of collapse. After the failure of several Atari and NES titles, including the notorious E.T, it was unknown if this industry could continue to thrive. That is until Nintendo shook the world with their release of Super Mario Bros. in 1983. While it may not be that impressive right now, the new 8-bit graphics, the gameplay and even the framerate were something unseen by anyone at that time. This was the game was started the franchise we know and love today.

While the actual cartridge won’t earn you a lot of coin, a factory-sealed copy can sell as high as $30,000. Is it rare? Sure, but there must be some lucky person out there, right?

The perfect time to purchase a gif...

Four things we know today that we...