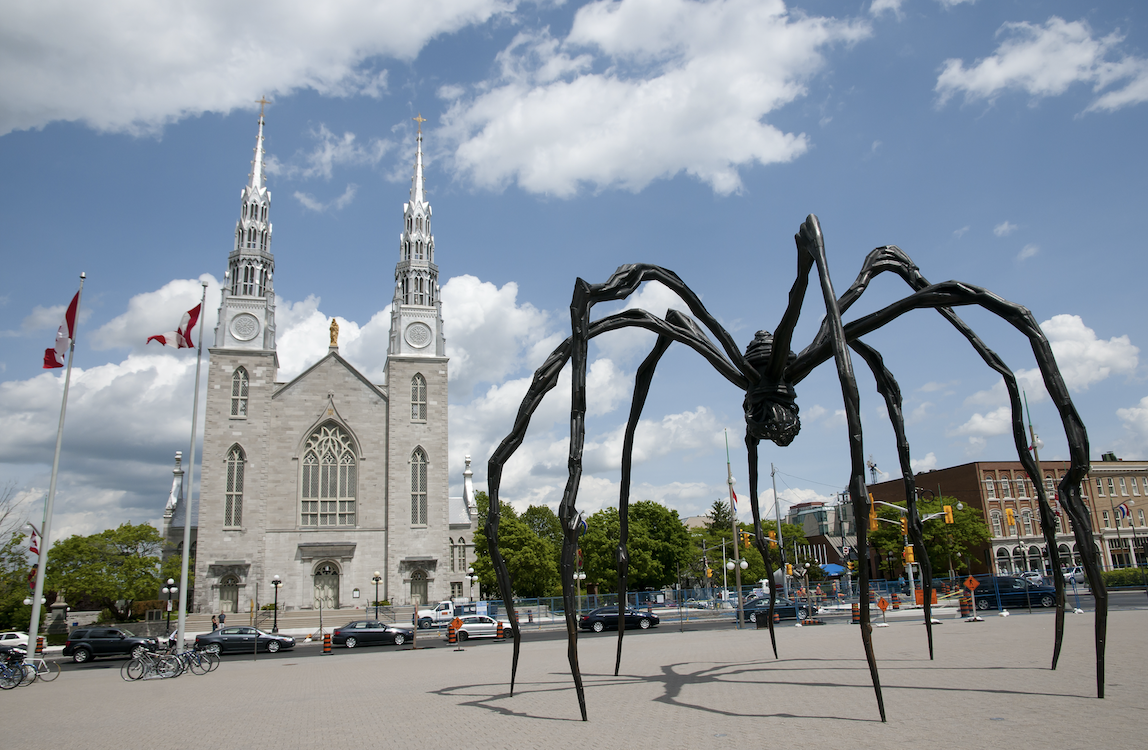 Erected at the National Gallery in the spring of 2005, Ottawa’s Maman is one of six by French-American artist Louise Bourgeois.

Bourgeois was born in France and moved to the US in 1938 where she worked as an artist her entire life. She created Maman at the age of 87 in 1999 in memory of her mother, and the six casts were made four years later. She died in 2010 at the age of 98.

When the statue was bought in 2005, it was the most expensive purchase the National Gallery had ever undertaken, at a price tag of 3.2 million. Not only did it take up a third of the gallery’s procurement budget at the time, but stood as a huge commitment of space – towering infront of the gallery at a height of 9.25 metres tall.

This was intentional by the Gallery. Not only did it join other collections in London, Spain, Tokyo, South Korea, Qatar and the US in owning one of the six rare casts, the size and irregularity of the statue made it a good talking point. As the Gallery’s curator David Franklin told CBC in 2005, he wanted people to stop and look; to attract new eyes to the gallery. 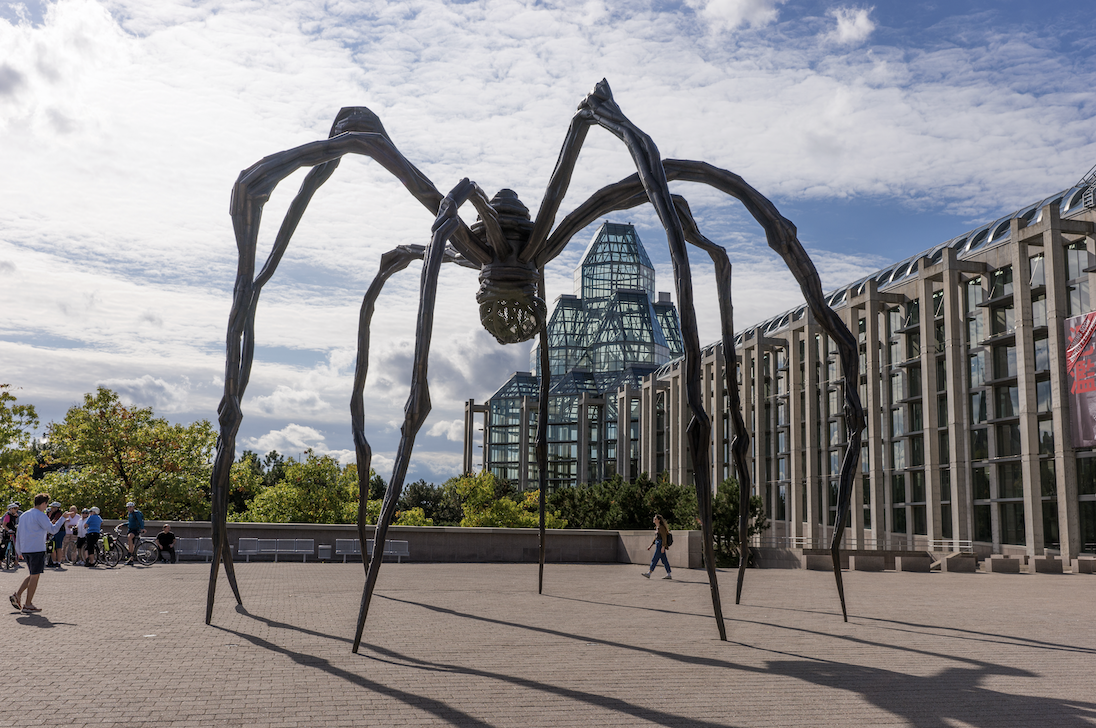