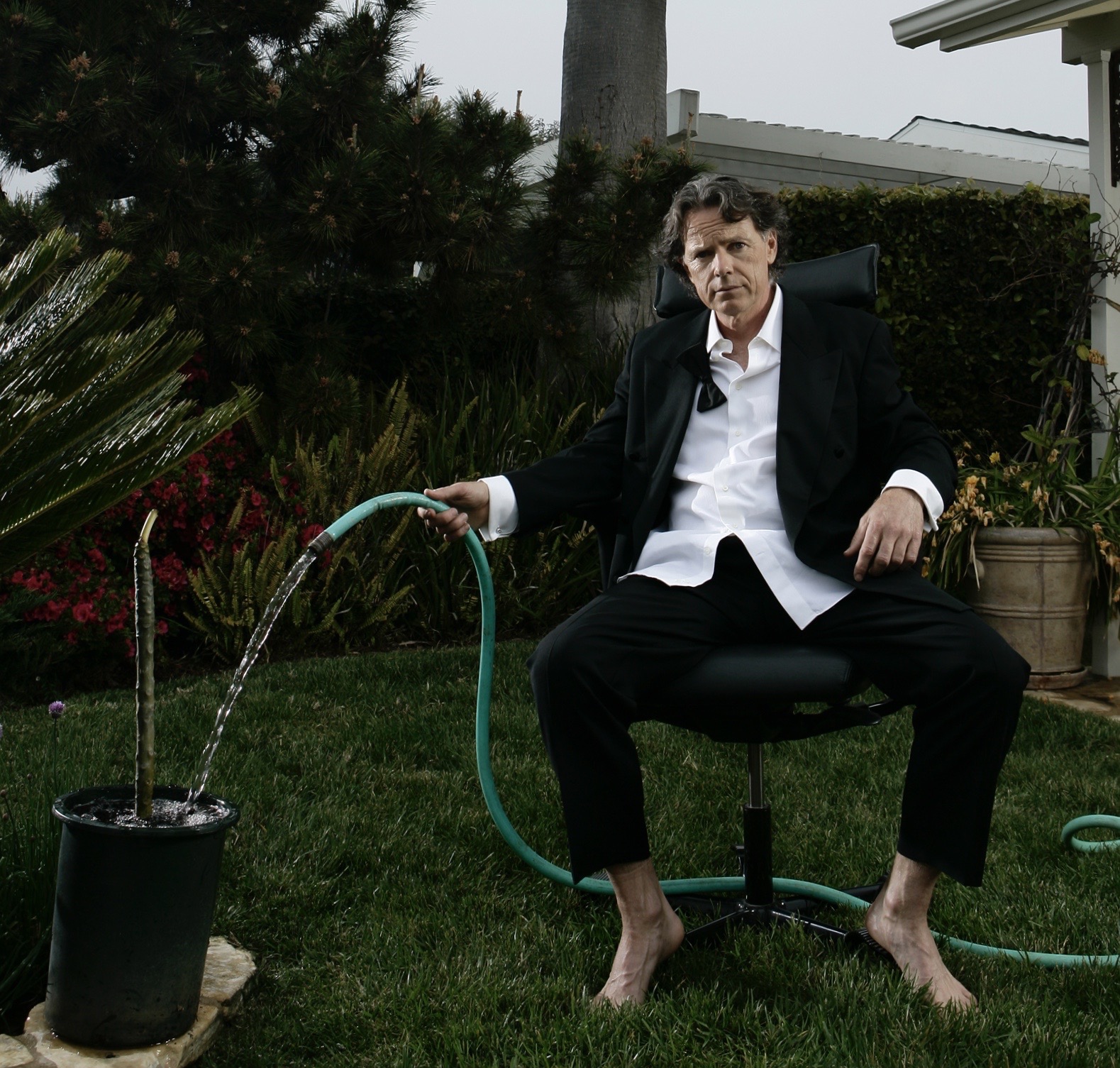 Bruce Greenwood poses for a portrait on March 19, 2009 in Pacific Palisades, California.

Bruce Greenwood is a Canadian Actor best known for his role as Captain Pike in Star Trek & John F. Kennedy in Thirteen Days. Greenwood was born in Quebec, but lived abroad for many years before settling in Vancouver. Greenwood is an outdoorsman by nature, whose early life saw him working interesting jobs like mining and sailing. He attended the University of British Columbia for economics and the American Academy of Dramatic Arts. Greenwood began his career while working as a driller, and received the call for Bear Island in 1979. The actor enjoys spending his time outdoors, playing music and, working on home projects.

What’re you working on now?

Well, at the moment, I’m working on reframing a window and putting a new stain on it. But right now I’m working on two things, I’m waiting for The Resident to kick back in and I’ve been developing a really interesting project called Raincoast. It’s been written by a Canadian writer, Michael Thoma. We’ve been developing a series of stories for about a year now, all based on an idea Michael had. It’s rooted in the Pacific Northwest, where we both grew up and have a great affinity for. We’re looking forward to telling those stories and speaking to a larger theme.

The world is so small now, it doesn’t matter how hard you try to remove yourself from it, it will find you. In spite of the fact that these small communities of people, some of them have retired to the island in hopes of diminishing their connection to the outside world and the challenges it imposes. You can’t do that, the world doesn’t work that way anymore. It’s very difficult to run away from anything. We’ve been working on these stories for about a year and hoping to shoot it sometime in the next year. It’s fiction but it’s inspired by stories that Michael and I either heard or experienced growing up here and it’s also driven by larger themes that are global themes. It’s got a little bit of something for everybody.

I have a movie coming out in the states called Lie Exposed that I shot a couple years ago with Leslie Hope. I’m not sure what the status of that is, but I think it’s being released shortly. Otherwise, I’m frankly finding, for the first time in many years, that I’m taking my foot off the gas and just reading, playing music, hanging out. It’s been more than five years, at least,  since I’ve spent more than a month at home. The first few months of the quarantine really felt like a gift. It got old pretty quickly and got scary even more quickly, but in the little ancillary environment of staying at home, in that bubble, was really rejuvenating. We’ve done a bunch of things around the house, like poured a new floor for the garage, built a shed, stuff like that. I come from a long line of handymen.

I know you’ve worked some difficult jobs in your life, including as a driller and on a sailboat. Which of your odd jobs have translated to your work as an actor and producer?

Working on drill rigs, drilling for coal. That was 12 hours a day, 7 days a week, 6 weeks at a stretch. We work hours in the film business that are absurdly long. We’ll do 14 hours a day without batting an eye. If we do 12 hours, we’re like ‘wow, we’re quitting before lunch.’ The relentlessness of working on drill rigs up North has some parallels with the work that crews put in when making a movie. My work ethic is pretty intact, from that.

What were some of your favourite moments shooting Star Trek?

Probably walking onto the flight deck of the Enterprise for the first time. Circling the chair, the captain’s chair, and taking a few minutes before putting myself in a state of mind where I could sit there. That was pretty intense. I have endless memories of working with wonderful people in all kinds of places, I’ve been tremendously fortunate.

Can you tell me about the moment you saw Star Trek in theatres for the first time?

It’s very hard for me to separate myself and just be a viewer. I spent the whole movie with a knot in my stomach and my heart in my mouth. Just hoping I wouldn’t be disappointed with my own work, and that’s very hard for any actor. I think any actor will tell you it’s difficult the first time you sit down and watch something. It’s always nerve-wracking, and a lot don’t even watch.

What advice do you have for Canadian actors and actresses who are trying to build their careers?

You just have to love what you do. Train as much as you can and don’t take rejection personally. Not every athlete wins every race. This is a long distance thing, and you can’t expect to sprint it. You have to love it. The chances are, it’s not going to be easy to pay your rent. So, you better love it, and if you love it, then who cares, it’ll be great.

What projects do you hope to take on in the future, and what’s next?

I’m always on the lookout for something musical. I’ve been spending a lot of time in Atlanta, with a really good group of guys who are great players. We’ve been recording some great stuff in a studio down there and I’m really excited to, at some point, go out and play. I mean, once you can get a crowd in a room again, it’ll be great to go out and play. We have an endless number of songs that I’d love to see how people respond to them, and see how long it takes to clear the room.

What is your favourite home project so far?

T: Oh, it would have to be those freakin’ wooden bowls that you were obsessed with. I mean you bled, you got sick, you ruined your lungs from yeast. That was a good old project haha.

G: I had a lathe in my little garage shop and I turned wooden bowls, which we actually wrote into the script.