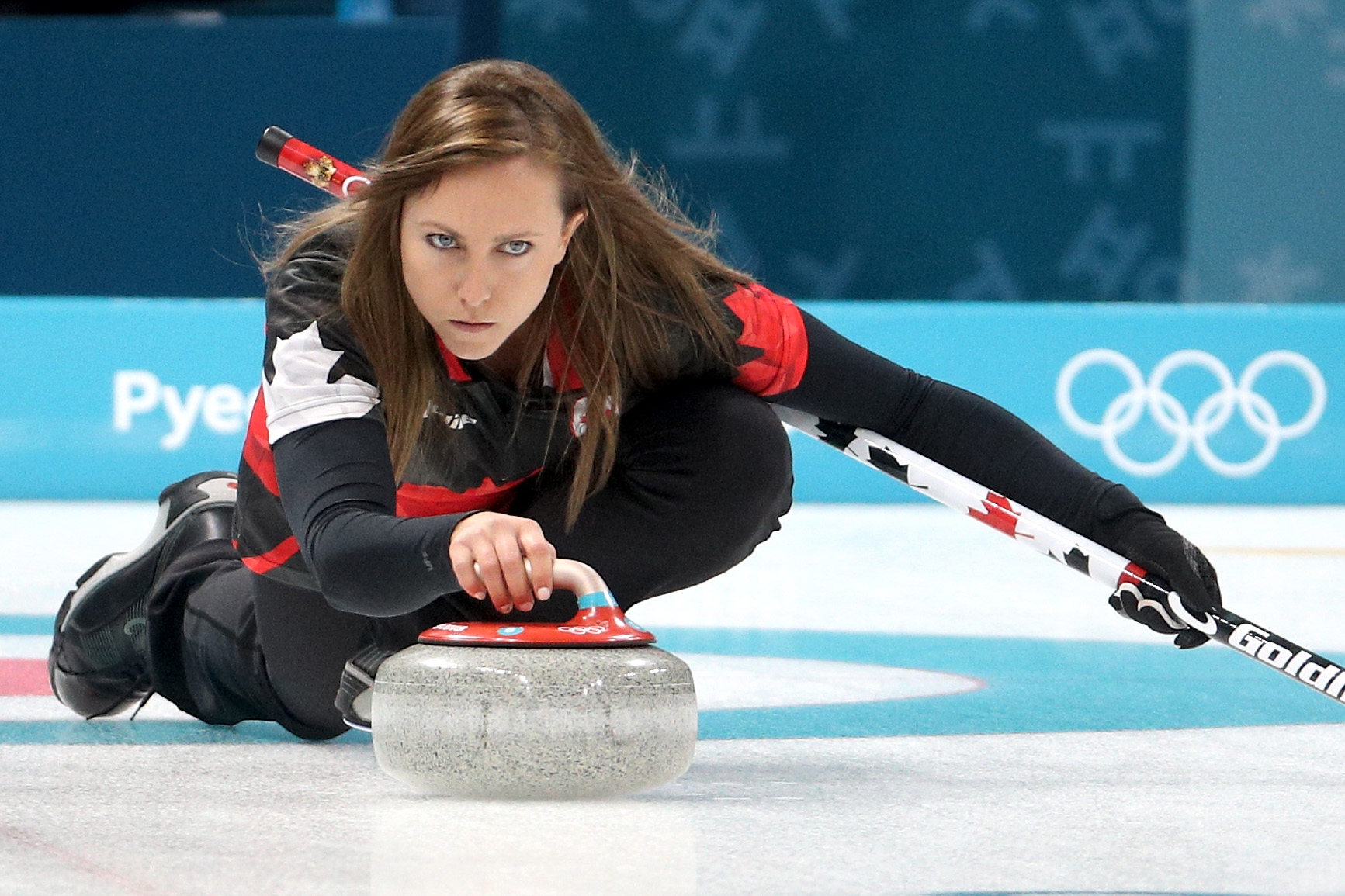 Curling  is a sometimes-misunderstood sport. Many don’t appreciate the mental and physical strength  and endurance required to be the best. The rock weighs up  to 44lbs and maneuvering it requires the skills of a chess grandmaster  to outthink and outwit your opponent.

The  game itself  can last anywhere  from two to three hours,  so a curler needs extreme  patience matched with persistence.  If the mental and physical aren’t  enough, tack on the pressure of your  city, province or country counting on your  success.

Nobody  knows these  demands better  than Ottawa’s Rachel  Homan. She meets and exceeds  the toughest expectations that the  sport and its devoted fans throw at her.  In a word, Rachel is an uncompromising champion that  exemplifies everything great about curling.

A  3-time  national  champion and  Team Canada Skip, Rachel’s  best career year is 2017 to  2018. Her team became the first  to go through the World’s Women’s Curling Championships  undefeated. Team Homan also represented Canada in the Winter  Olympics in Pyeongchang. But the best is still to come for Homan.

Faces  caught up  with Rachel  to talk about  Team Homan, her life  and her focus for 2019. 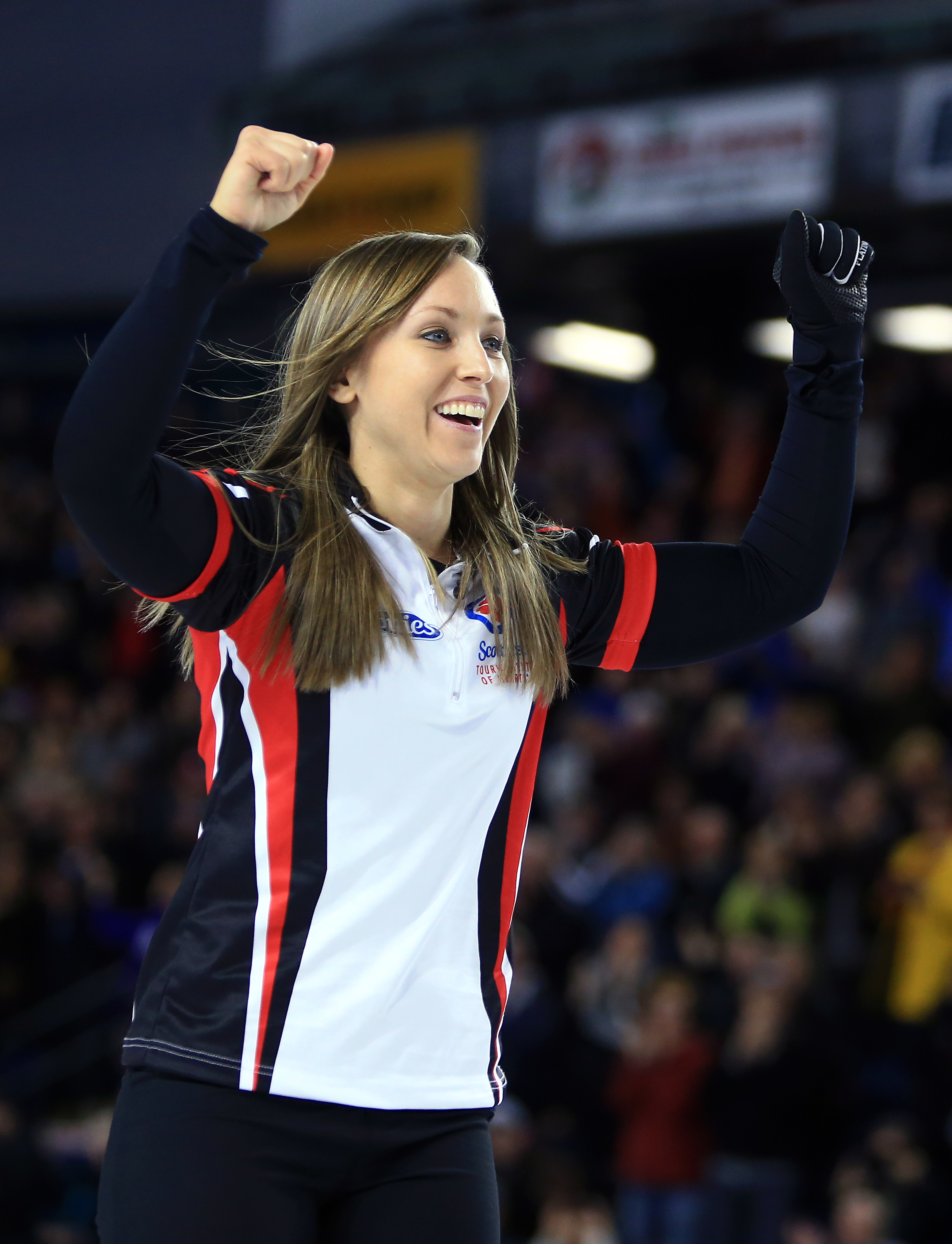 Just last month  you won the  first leg of the  Curling World Cup in  China. Take us through that  win.

It  was the  first event  of the season for  us and most teams there.  Anytime you get to wear the  maple leaf it’s an honour so we  wanted to perform well. We got in a lot  of practice on the ice and worked hard all summer  to be back in top condition for a tough opening  event. The last few years we’ve started our season  with smaller events so it was different to begin the  season with that added pressure. We’re looking forward to getting back  to China though for the Grand Final in Beijing at the end of the season.

The first leg took  place in Suzhou, China.  What was it like playing  there?

It  was great  to be back  in China where  we’d won the 2017  World Championship, and the  event was a first rate international  tournament. The facility was fantastic plus  the fans and people there are so welcoming. We were fortunate enough to  spend some time with our sponsor, Canadian Beef, and Canada’s men’s team  putting on a fun East Meets West beef cooking event as well. That helped us  relax and get used to the time difference.

Many  things  have changed  since we last spoke  to you. One of them  being that you recently  got a new coach, Marcel Rocque. Was the decision difficult?

We’re  really happy  to bring Marcel back  to our team. He had  worked with us a couple of  years ago during the tour part  of our season and it worked really  well. He’s exactly what we need in  a coach right now. He knows the game  inside and out from technical, strategy and  what it takes to win. He’s had unbelievable success  as a player and as a coach – having worked with international teams  in the past.

How has working with him been  different than Adam  Kingsbury?

We  learned  a lot from  Adam as our coach.    We captured a Scotties,  World Championship and Olympic  Trials, with him on our coach’s  bench. His speciality was the mental  side of the game and he helped us greatly  with that. With a coaching change in any sport  it’s valuable if at the end of the experience you’ve  learned from them and can carry that knowledge with you,  and we can definitely say that about Adam.

Your  team is  spread out  around Canada (you  are based in Alberta)  and your team is based in  Ottawa and Edmonton. When you’re  at home, do you stay connected or enjoy  the time apart?

I’m  actually  studying at  the University  of Alberta, so I  get home to Ottawa  quite often and do training  there when we can. It’s tough  to balance a very full course load  in Edmonton with a full curling calendar,  especially in the fall but we all make it work.   We spend most weekends together in hotels, curling clubs  or arenas around the country. During the week we will practice  on our own but stay connected to our plan for the season. 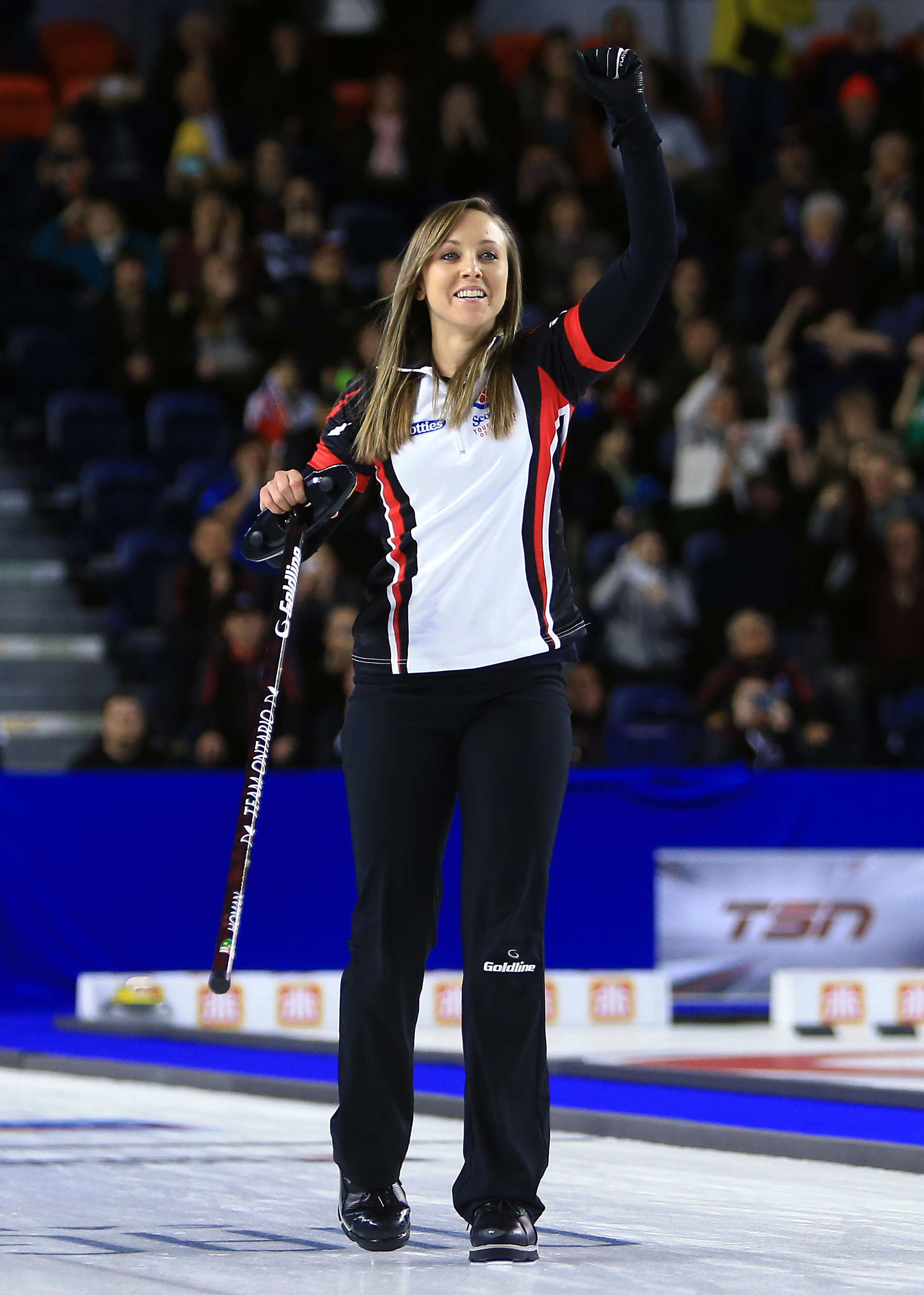 Right  now you’re  away for school  in Edmonton, but when  you’re here, what are some of your  favourite places to go to eat?

When  I’m home  in Ottawa I  love spending time  with family, friends  and enjoy going out for  dinner. I love El Camino  or anywhere that we can catch  up – even if it’s casually over  food at a Sens game.

Let’s  talk about  Pyeongchang 2018.  How much did it mean  to you to be able to have your  parents there for your Olympic journey?

It  was incredible  to have my parents there.    We were very fortunate to have  so much support. A lot of supporters  and local businesses, including FACES, helped ensure  our parents were able to make it to Korea. Curling,  unlike most other sports, lasts nearly the entire Olympic games  and we played at least one game a day so it’s a huge commitment in  terms of time and cost. To be able to hear from them and see them throughout  the competition was a huge morale boost for us.

How different was the atmosphere  at Pyeongchang to other  tournaments you’ve competed  in?

The  curling  and atmosphere  in the arena was  really the same because  we’ve played those teams pretty  often. The difference was the atmosphere  within the Olympic Village, around the Olympic  Park, it had a whole larger team feel to it.    It was a really special experience but certainly something  we hadn’t come by before.

What  was your  favourite memory  from Pyeongchang?

During  the opening  ceremonies we walked  out together as a team  within this larger Team Canada  and it was amazing. We opted not  to use our phones or cameras and just  let the moment soak in while we did the  lap with Team Canada. It was something we’ll never  forget.

You didn’t  place exactly  where you wanted to, but overall, how  do you felt your team came together under pressure?

We  didn’t  achieve what  we wanted to in  Pyeongchang. We came  up short of our goal but there  isn’t much we’d change in terms  of preparation. We know we can perform  well under pressure and we enjoy those situations.  In the end we’re proud of our achievement of getting  there and how hard we fought after some tough losses.

What  is one  lesson from  that experience  you’ll never forget?

Learn  from every  experience.  You can’t go back  in time and dwell on  it either but you can go  forward with what you’ve learned  and that’s exactly what we’re out  to do this season. Resilience is key  in any sport but we’ve continued to show  that as a team. There is much discussion in  the curling world surrounding the next Scotties.

Because  you were  away for the  Olympics, Jennifer  Jones and her team  may also have a spot at  the tournament this year. What  are your thoughts, should there be  two team Canada’s?

Curling  Canada has  recently reviewed the  situation and they came  up with an amendment to the  Wild Card entry. It hadn’t been  something we’d thought about much or  discussed. Our focus had always been and  will continue to be on the Ontario playdowns.    We had always known that was how we’d have to get  back to the Scotties so this doesn’t change much for  us. In the end we hope the best teams are always at  the Scotties but to get there you have to get through a  lot of great teams within each province.

What  would you  say is the  biggest challenge  you face today as  an athlete?

Personally  it’s probably  the balance between  my studies, curling and  the travel. We are on the  road almost every weekend criss-crossing  a huge country against the best teams in  the world, and then on Monday I’m back to studying  and practicing.

What  is the  best piece  of advice you’ve ever  received?

Our  former  coach, Earle  Morris, would always  say ‘none of us are  as good as all of us’.   In a team sport like curling it’s  so critical that you lean on your teammates,  coaches and support staff to become better and help  each other out. It applies in all areas of life too.


What  would you  tell anyone  who aspires to  follow in your footsteps?

Success  will come  if you put  in the practice  and persistence. Team  sports can sometimes be hard  to find the right mix of players.  If you surround yourself with people  you care about, then you’ll lift each other  up when the results aren’t going the way you  want them.

After  such a  big year,  and now a big win  under your belt heading  into the last few months of  2018, what are you and your team  focusing on until the end of the year?

We  have  a few  more Grand  Slams and the  Canada Cup coming  up before the Christmas break. We  also have some training weekends planned  in Ottawa and Edmonton to ensure we’re prepared  at our peak for Scotties playdowns and the back  half of the season.

We  really  want to  get back to  the Scotties and  we’d love to add a  few more medals and trophies.  We already know we’ll be at the  Continental Cup in Las Vegas early  in 2019, and then back at the Curling  World Cup in China so we’re hoping to represent  Canada