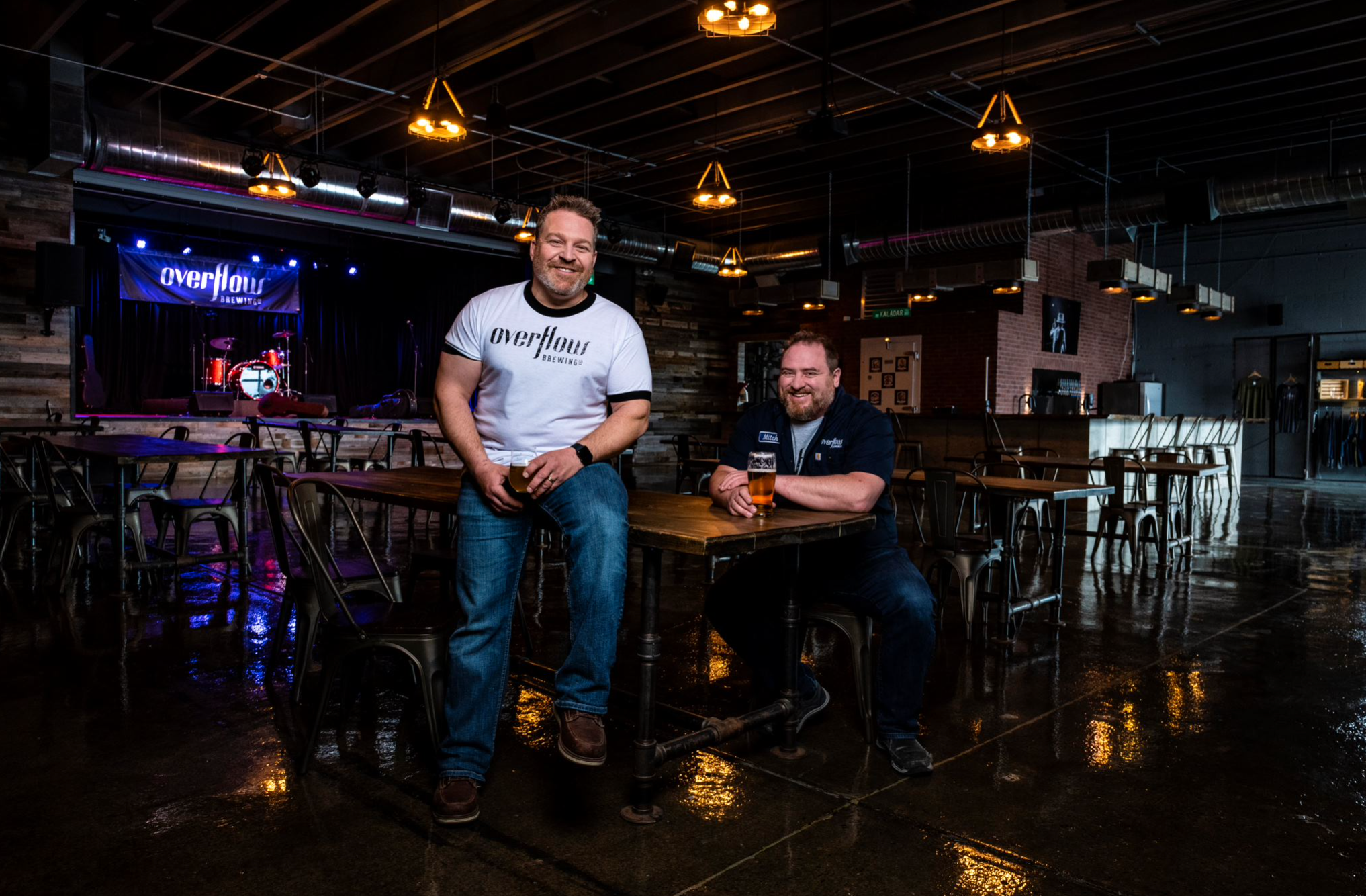 It’s been three years since Overflow Brewery’s Mitch Veilleux and Brad Fennell left their professional IT executive jobs in search of something more fulfilling. Today, they are owners of one of Ontario’s largest taprooms, an award-winning startup, and an expertly crafted destination for craft beer in Ottawa.

15 years ago, over discussions at the hockey rink while watching their sons play on the same team, Brad and Mitch made an interesting discovery. Bonding over beer, their kid’s hockey, and coffee in the morning, they started to realize that like any dad, they were passionate about their kids and supporting their families, but something was missing in their lives.

Both were high-level IT executives who saw a ceiling in their respective careers. They didn’t seem to have a reason to leap out of bed in the morning to go to work: something they both yearned for.

“We connected on the same level, had a lot in common, and knew there was a lot more to life.” Says Brad. “It’s not every day that you come across someone who is in the exact same place and has the exact same aspirations as you.”
The pair started hobby brewing in Mitch’s garage, and bottling the beer in Brad’s basement. The hobby turned into a passion, and the passion turned into a dream. Both Brad and Mitch decided to follow that dream to launch their own brewery. The name Overflow was chosen for the significance of the word “flow”. For Mitch and Brad, who have pegged one of the businesses’ core values as ‘Find Your Flow’, the word means to be ‘in the zone’: doing what you love to do. It captures the feeling of being so immersed in something that you cannot focus on anything else. “When someone finds their flow, they are usually being challenged to their highest limits and using 100% of their skills,” says Mitch. “Much like we do when we are downhill skiing, dirt biking or wakeboarding.” It was the pursuit of this feeling that led Brad and Mitch on the journey to launching Overflow Brewery.

Mitch and Brad were driven by a passion for beer, but armed with the knowledge that the experience of a brewery is equally as valuable. The two designed what would become one of the largest taprooms in Ontario. They bought and converted a warehouse into an industrial-themed brewery near Bank and Heron. At the back are the taprooms. In the main restaurant, a sprawling 15,000 square foot brewery, is an open-concept eating area with a 50-foot, 270-degree bar at the front. On the right wall, a 25-foot rollup door leads to an outside patio. The two-story walls are adorned with photos of rock concerts while classic rock plays above. Beer is served with a menu from Meatings Barbecue.

And that’s on a normal day, though Overflow was designed for quite the opposite. The brewery converts into a concert hall big enough for 400 people. On the left wall, a 25-foot stage, built on high-grade music equipment, hosts live regular concerts with pro sound engineers and lighting technicians that run the shows. In the summer, a separate stage runs outside.

“It’s important to us that our customers leave here with the feeling that their visit to Overflow was worth it”. Says Mitch “Tying an amazing musical performance to the experience hopefully helps people remember how great they felt during their time here.”

Since its opening in 2018, Overflow has hosted many live concerts with a packed venue. In 2019 alone, their first full year of business, over 120 concerts played at the venue. Notable names included Lindsay Ell, The Pursuit of Happiness, and The Northern Pikes. 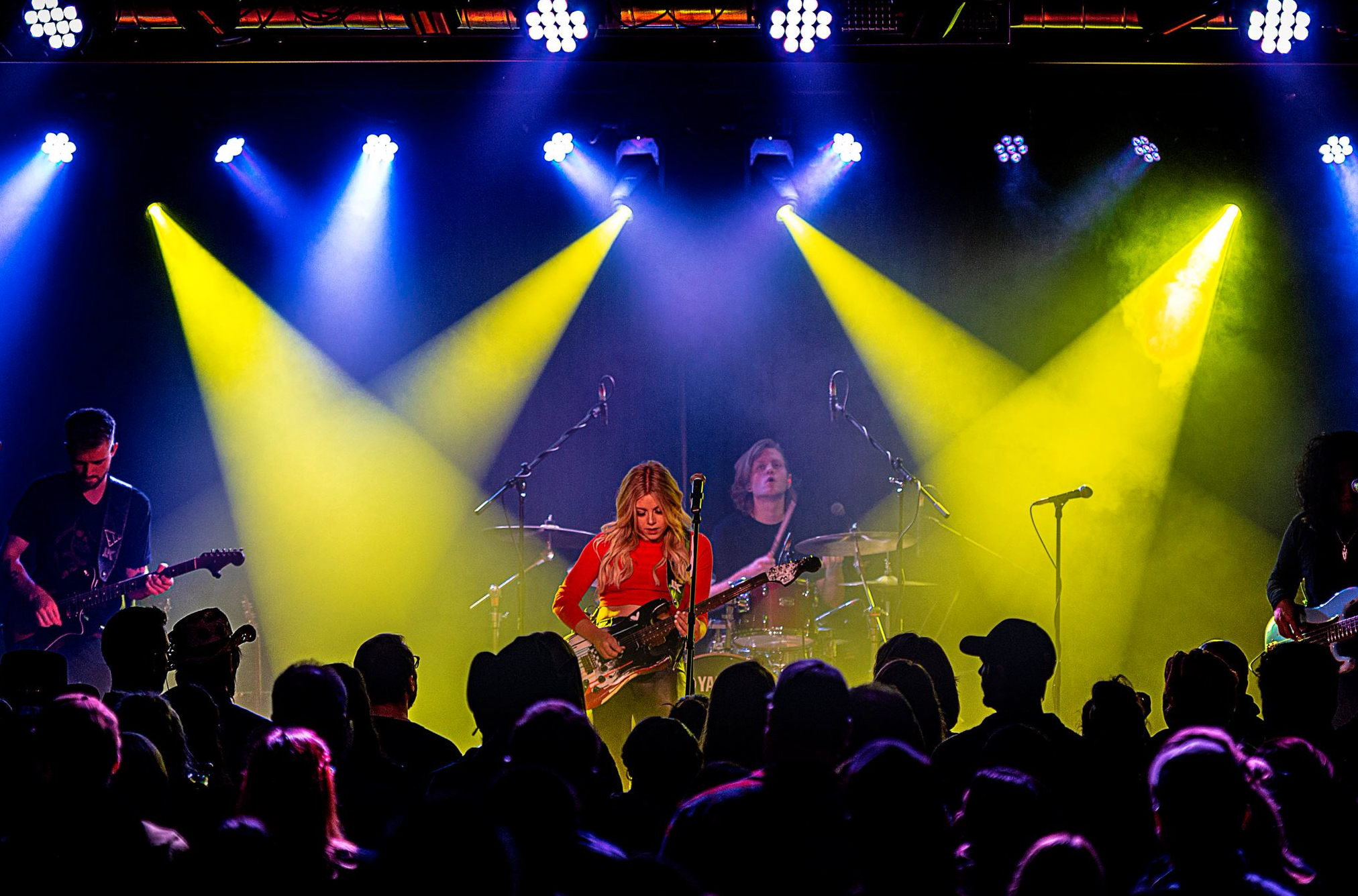 Since opening in 2018, Overflow has won over 7 provincial and national awards. In their first year of business, they were voted as Ottawa’s Startup of the Year in the 2019 Ottawa Awards. It was a moment that was not only surprising for the duo, but emotional, says Brad.

“Being recognized in your first year of business is huge. No matter what it is. But to actually stand out and be voted as Ottawa’s Startup of the Year by Faces Magazine readers across Ottawa is one of the most rewarding and proudest moments I’ve had as an owner.

I remember we were laying tile down, and we wanted nothing more than to be at the Gala with everyone. But we had a kitchen that was already three weeks behind. We had our phones on, and we were listening to the play by play while tiling, and when we heard that we had won, we stood up and hugged each other like we were kids. I honestly had tears coming out of my eyes.”

While the recognition was surprising, it wasn’t without cause.

“We interviewed literally dozens of candidates while we were searched for our Head Brewer.” Says Mitch “Many of them were really impressive, but the moment we interviewed Andrew, we knew we had found the right guy. He seemed to know exactly how we wanted our beer to taste and he definitely exceeded our expectations.” 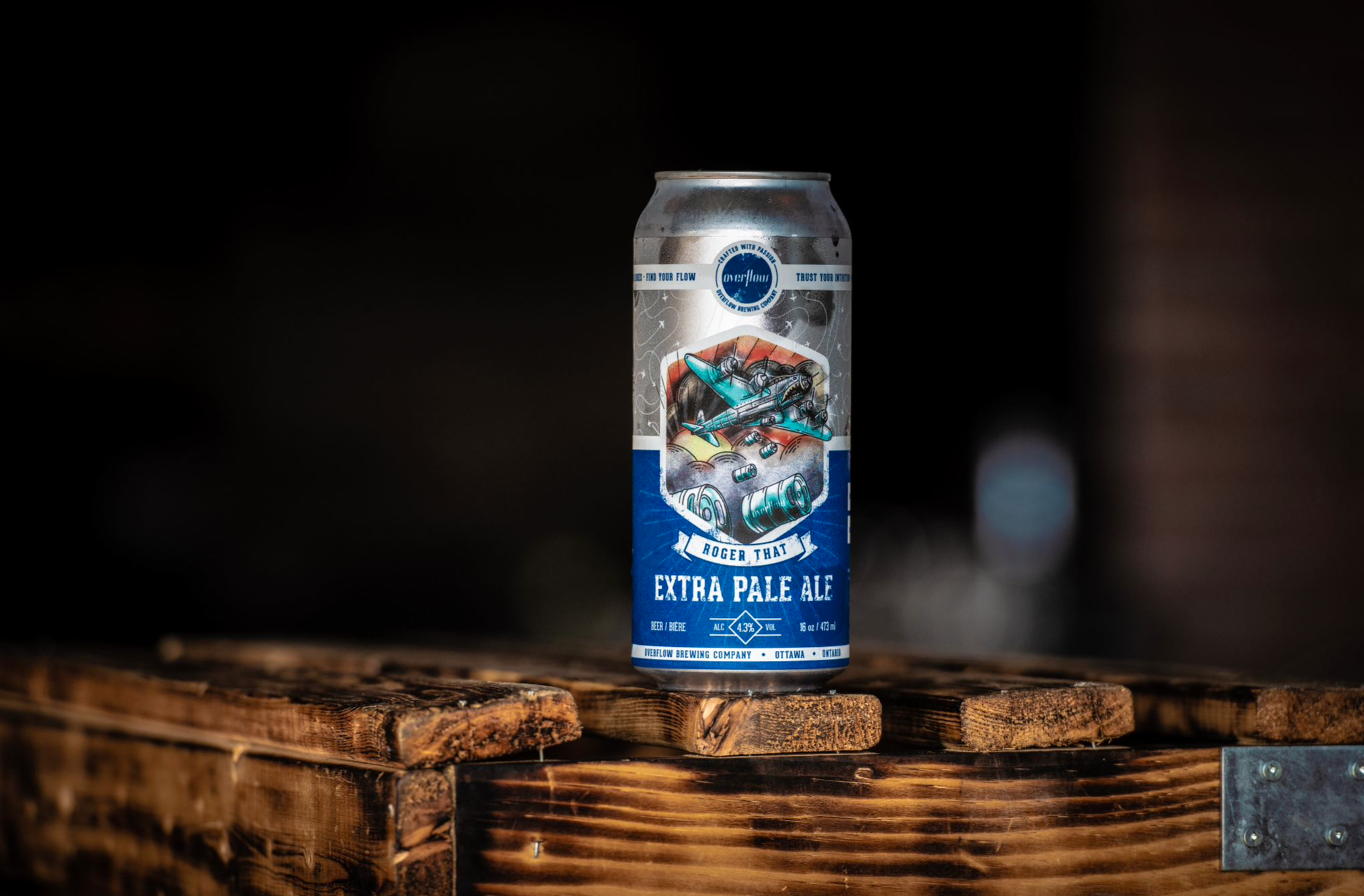 For all small business owners, 2020 and 2021 have been unprecedented years. Brad and Mitch have felt this first hand with the numerous lockdowns and restaurant closures. But, the same tenacity that drove them to leave the security of their corporate worlds behind has helped them to push on amid pandemic uncertainty.

“The business is going in a completely different direction than we had intended, but it’s been one of those things where we have to get tough or die. So, we’ve rolled up our sleeves, changed our business, got to work, and we’re making it happen.”

As a direct seller, Overflow is continuing to serve their beer with in-store purchase, curbside pickup, and online store. As restrictions permit, their patio and restaurants open accordingly, while their stage awaits a day where live music and large events can be hosted again.

As a supplier, Overflow has taken a different approach to its relations with restaurants and bars across Ottawa, says Brad. “We want to continue to support our licensees and help small businesses. If you have a restaurant that’s close to your house, you HAVE to support these businesses. Or they won’t last. So we won’t ignore that. We’re not sure how, but we’re going to make sure wesupport the same people that supported us when we were the new guys on the block.”

Long-term, the pair are continuing to expand into LCBOs, beer stores, and private businesses across Ontario. As for their initial goal, set at the hockey rink over three years ago? That’s been achieved, too. “To be totally honest, our favourite part is that we’re three years in and we’re still realizing daily that we love what we do.” Says Brad. “We literally look at each other and say ‘man, I love my job’. While we’re cleaning toilets or sweeping floors or cleaning out grain trailers. It’s the best job we’ve ever had. As for the shows? They will be back, and bigger than ever before.” 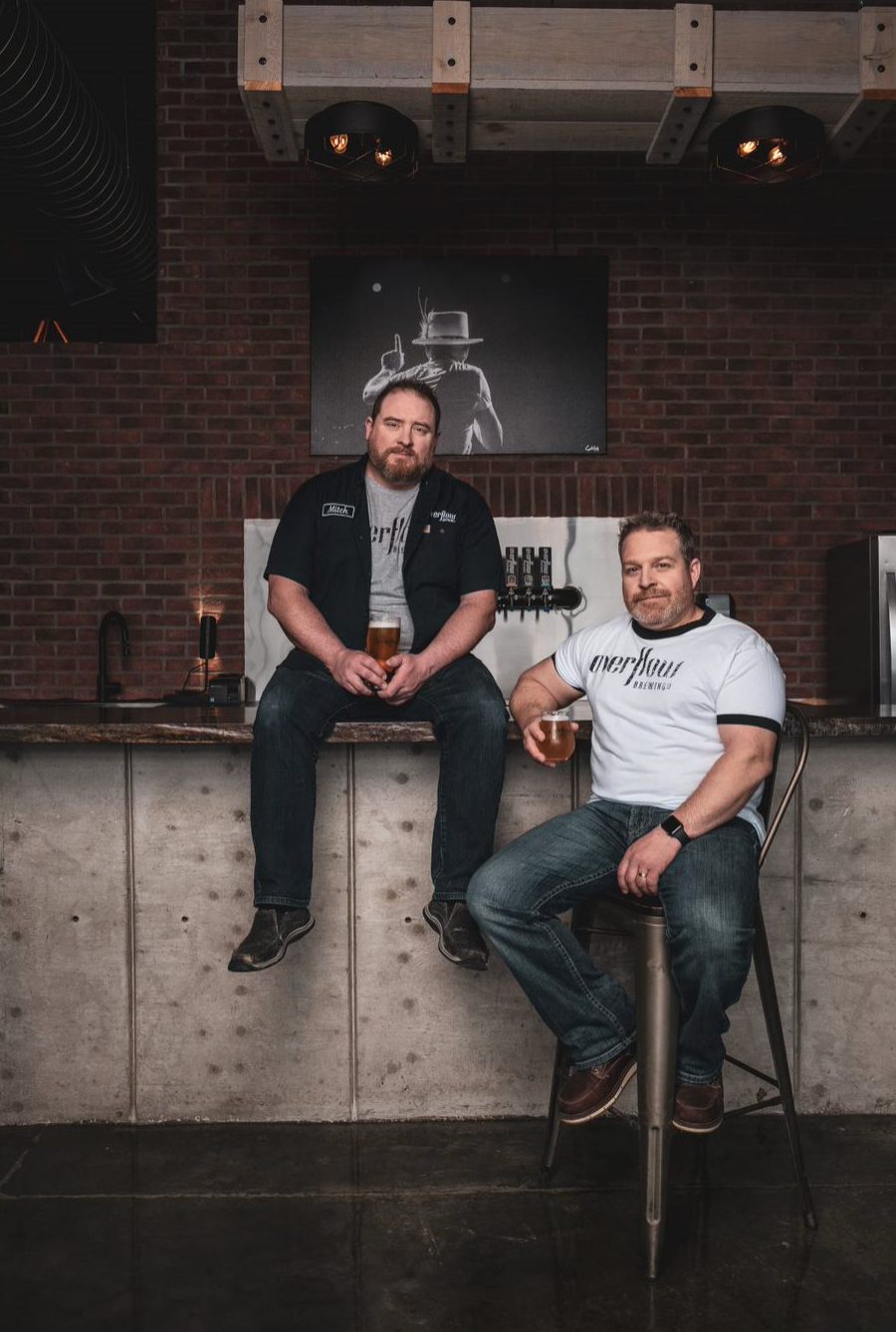