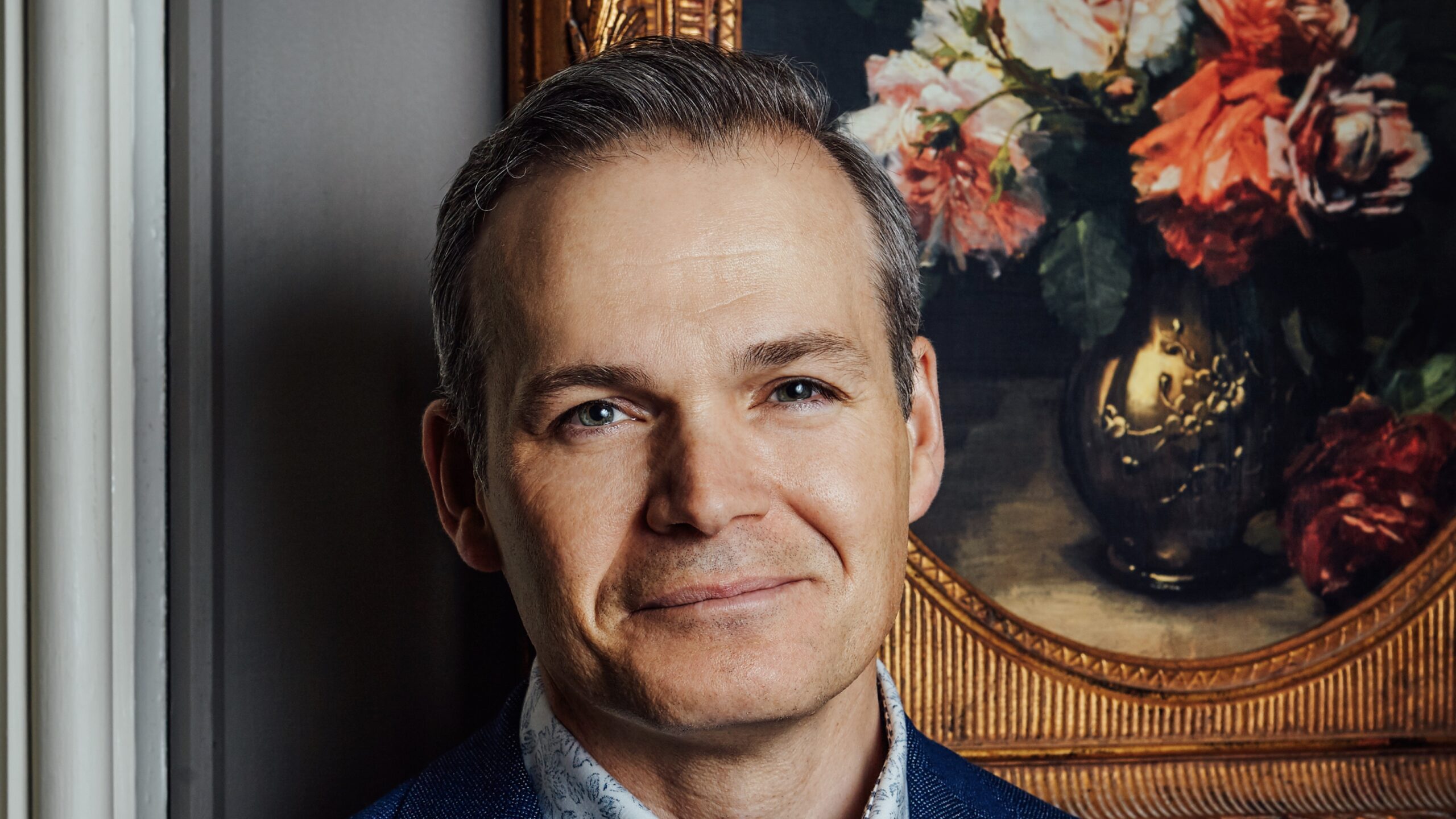 When Graham Richardson joined CTV Ottawa in 2010, the chosen replacement of the retiring Max Keeping, he was left with big shoes to fill.

After 7 years, Graham is that familiar face reporting on local news—now the Chief News Anchor for CTV News at 6:00 p.m. and an afternoon news anchor on Newstalk 580 CFRA—his work in and for the community has earned him a household name as someone you can trust to deliver your breaking news.
Graham was born in Connecticut and raised in Toronto. After earning a postgraduate journalism degree at King’s College, he embarked on a dynamic career that would lead him to the forefront of global issues, reporting on the Michael Jackson trial, Hurricane Katrina, the Royal Wedding, and many other stories that aspiring journalists could only dream of. Just before coming to CTV Ottawa, he traveled the world as a correspondent reporting on Stephan Harper.

Today, Graham brings his passion and commitment to his craft to Ottawa’s local news. He embodies a true professional, a trademark face in Canadian News and within the local community. He is someone who loves his job, no matter where it takes him. 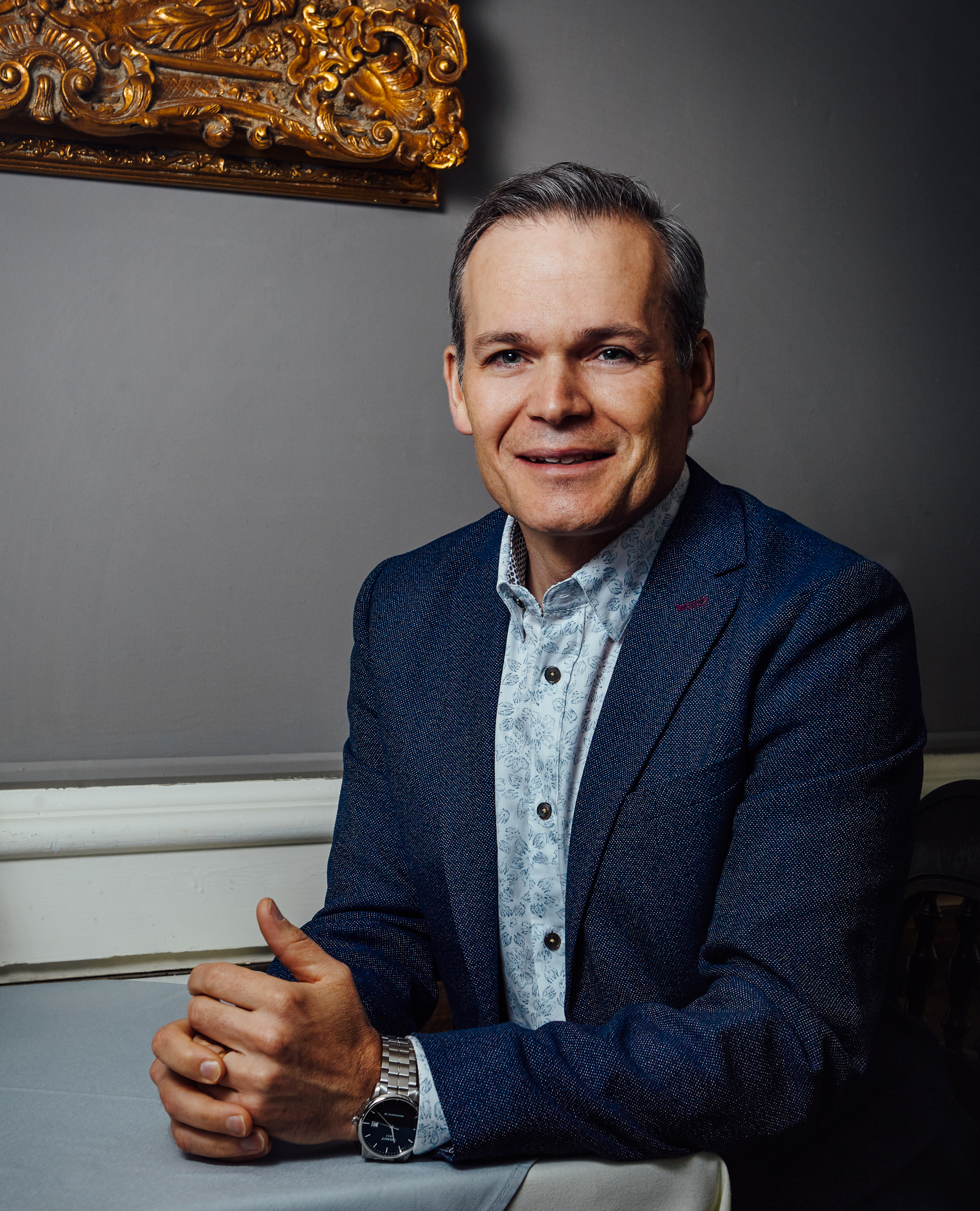 You’ve worked for CTV News since 2004. How did you first get into Journalism?

I started my journalism career at CBC Calgary, working as a researcher and assignment editor.

Tell us a bit about your journey from Queen’s to now. What were some memorable stops along the way?

I took politics and English at Queen’s, then journalism at the University of King’s College in Halifax.

Some of the memorable stops along the way? Alberta for eight years during the Ralph Klein revolution. Mountain stories in the west, political changes in Ontario and the defeat of the provincial conservatives. Then the move to the United States. The Michael Jackson trial, Hurricane Katrina and the Torino Olympics.

Before moving to News At 6:00, you reported at Parliament Hill for CTV National News. Did you find that the change was a major shift or similar in the nature of work you were doing?

All news is local. A good story is a good story. I have found the ownership of stories is much more important to the audience here. Because stories are happening right around the corner, it feels like the audience has a deeper connection with what we do every day.

During your time on Parliament Hill, you were able to travel the world and report on Stephen Harper. Can you describe that experience?

Stephen Harper achieved something extraordinary. He formed government three times, including a majority, without a significant block of seats from Quebec. Before Harper, in the modern era, people would have dismissed that as impossible.  Whenever you cover a Canadian Prime Ministry abroad, you appreciate how small we are on the world stage, but you also see that we have more influence than a country of our size should.

If you had to choose three stories you’ve worked on as that have been highlights of your career so far, what would they be?

I covered the Pine Lake tornado near Red Deer. Several people died in a matter of seconds. I won’t forget that. I was overwhelmed by the size of the press corps covering the Michael Jackson trial. I also covered the Royal Wedding of Will and Kate. It is an incredible privilege to try and cover the largest stories in the world as they are happening.

When did you know that you wanted to be a journalist? What is it about the job that calls to you?

I knew when I was 15. I’ve always been amazed that I get to tell people what’s happening as a career.

Some say that viewing the world as a journalist requires a very different lens. Do you agree?

Yes to a point. You have to attempt to see all sides and present fair stories. It is not easy. Inevitably people will disagree with you. And now, they tell you about it on social media in real time!

Beyond your work, do you have any other hobbies?

I love to cycle, ski and spend time with my family. I also spend as much time as I can on the dock in the summer, at my in laws place on Bob’s Lake.

How important is family time to you? What do you do on your time off with family?

It is very important. We lead extremely busy lives. My wife Leigh Anne works full time for the RCMP, both of my sons are active and busy…and we have two dogs.

If you could report on any event in history, what would it be?

That’s a great question. It is hard to pick one. I think it would have to be the end of World War Two. But from the Russian front. I don’t know enough about how that happened. The annexation of Eastern Europe had a tremendous impact on the world for so long.

What is the best part about working with the CTV news team?

Everyone who works at CTV has tremendous dedication to the audience and the story. It is gratifying and rewarding to help produce a newscast each night, and then try to make it better the next night.

Tell us a little about your co-workers at CTV Ottawa – how would you describe the relationship that you have with them and did anyone give you advice when you first started that really helped you on your way?

All of my coworkers, on air and off, love what they do. They are as dedicated to reflecting this community every night as I am.

Back in 1993, my boss told me something that I use every day writing news.  Less is more. Be brief. Don’t waste people’s time.

What has been the most rewarding part of your work and career? How has it changed you through the people you’ve met and stories you’ve told?

The most rewarding part of my work is that it always changes, it allows you to have a front row seat on big and small stories that have a real impact on people’s lives. It is an incredibly important but rewarding way to make a living.

Do you have any tips for people who might be camera shy, how do you put your best face forward on live TV?

Practice. Do it every day. If you don’t have a job in TV, fake it in the mirror and practice every day. There is no magic. It is hard work.

If you had to take four people with you from Bell Media to dropped on a deserted island with…who would you take and why?

Patricia Boal because she would bring Molson Export.

Matt Skube because while we drink Ex and wait to be rescued, he would organize a musical.

Stefan Keyes because he would keep up our exercise regime…

And…Evan Solomon because he would know someone who could get us off the island. 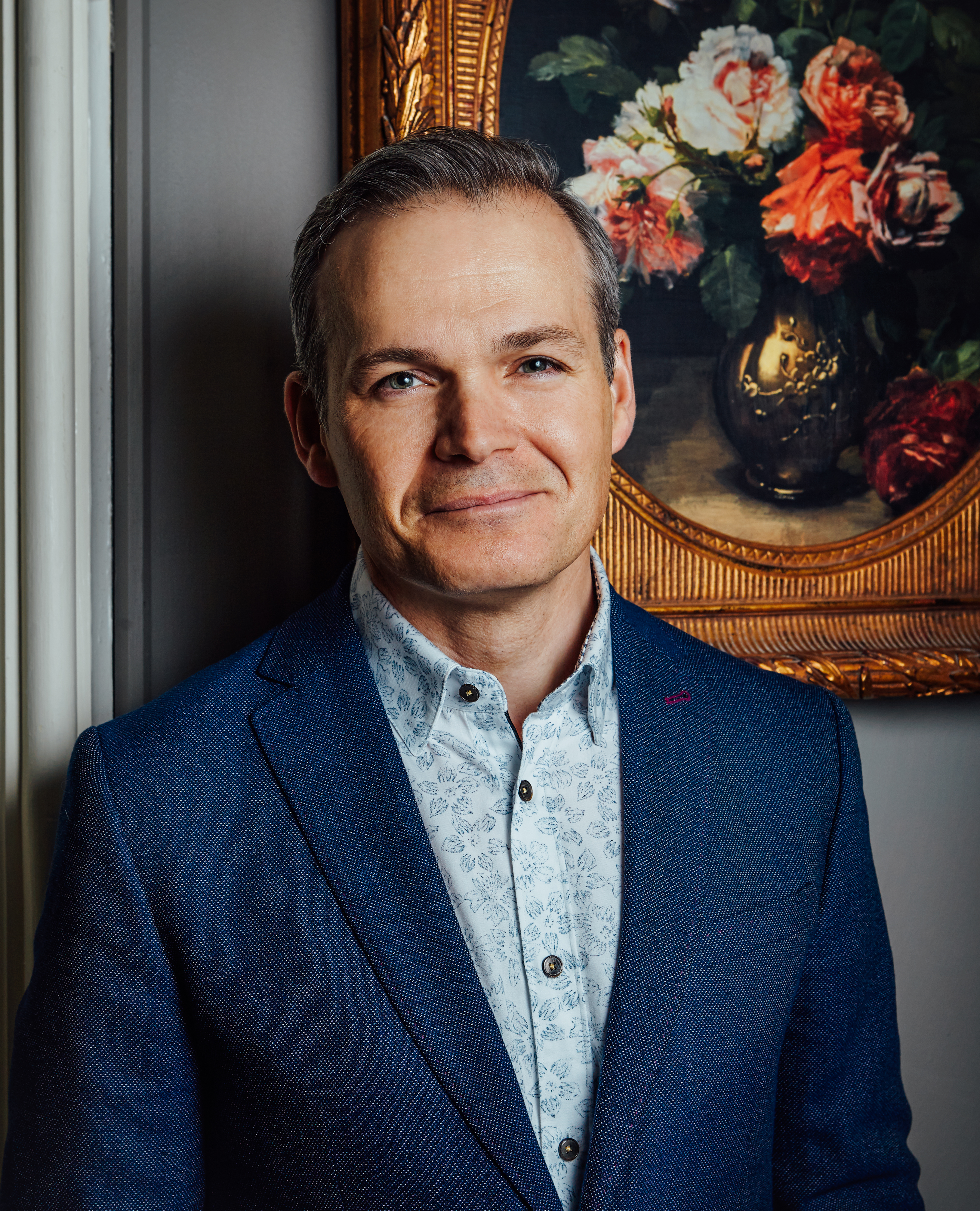 What city or country do you think everyone needs to visit in their lifetime?

Any ski town in the Rocky Mountains in winter after a snowfall.

What advice would you give a student looking to get into journalism?

Keep pushing and don’t take no for an answer. Ignore negativity. There are still great jobs out there. This is a wonderful, rewarding and honourable career.

You work a job where you must always be well dressed. What’s your favourite suit and tie combo?

What does success mean to you?
Someone coming up to me and asking about a story we told on our newscast.

What does the world need more of? Less of?

What ritual could you not live without during your work day?

Americano. Grande. Just one.
What are you most looking forward to this summer-given that it is Canada 150- in the capital?

Our live broadcast on Canada Day.

What do you love most about living in Ottawa?

The thing I love most about living here is the outdoors. We are so lucky to have so much water, green space and rural spaces at our disposal in a large Canadian City. It is extremely hard to match anywhere in the country.