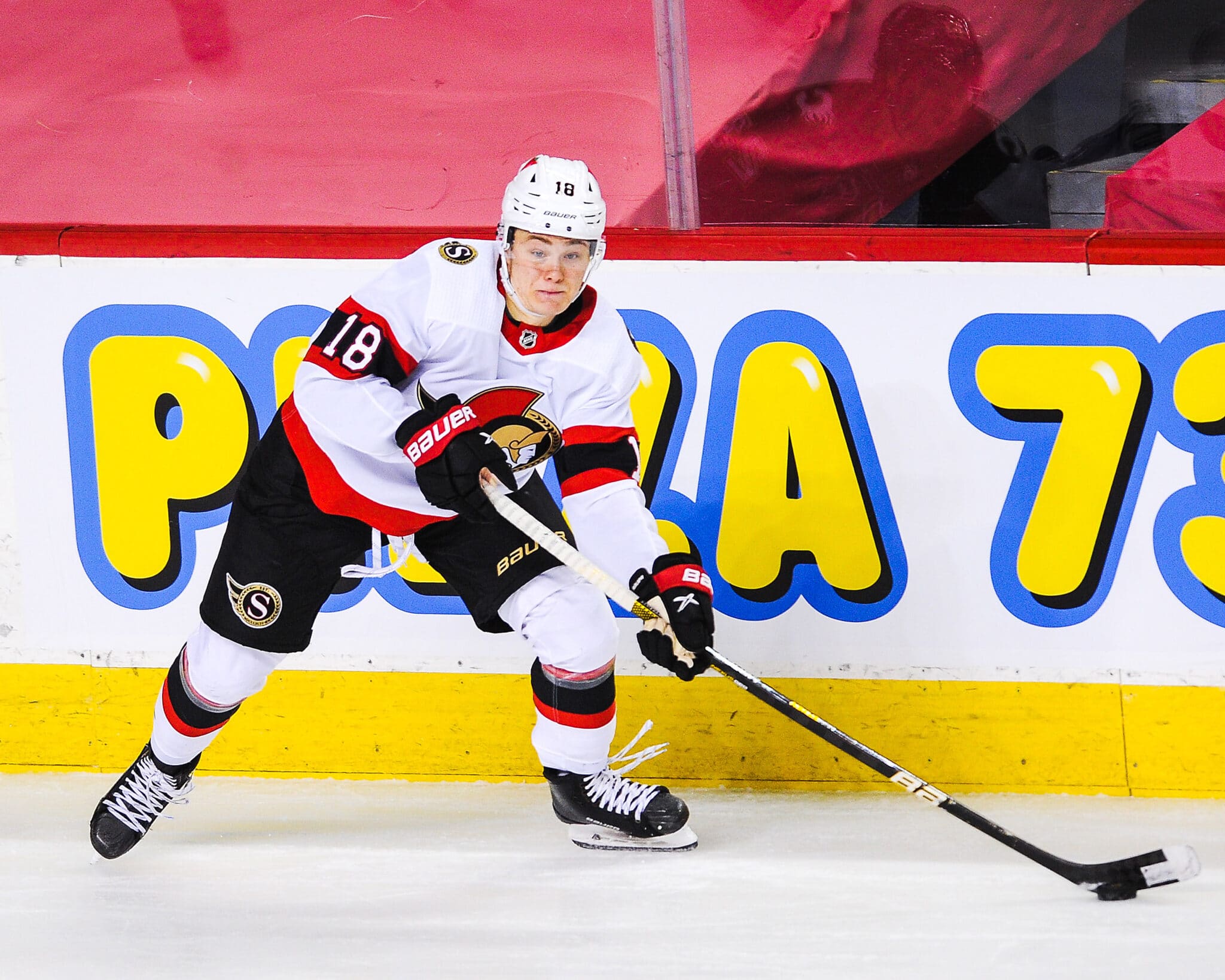 When the Sens took to the ice in San Jose yesterday, line combinations were a bit surprising. Tim Stutzle was centering the 2nd line with Nick Paul on his left-wing and Connor Brown on his right. When the Senators drafted Stutzle 3rd overall in the 2020 NHL draft, the question of whether he was a centreman or winger was brought up.

Stutzle played on the wing for Germany at the World Junior Hockey Championships last year. When he joined the Sens following that tournament, he stuck to the wing as well. Some expected him to get a look at centre heading into this season, but until now, it’s never happened.

When Tim Stutzle was asked about it following practice yesterday, he said: “I felt comfortable. It’s the first time since I think, 3 years.” Ottawa has been looking to find a replacement for Shane Pinto at the 2C position since he went down with a shoulder injury. Tim Stutzle has been struggling, for the most part, this season. “Jimmy Stu” has just 1 goal and 7 points through 16 games.

This may be the opportunity Stutzle needs to shake the early season “Sophomore slump”. Playing him between two smart, defensive forwards like Paul and Brown, should help him think less and use the extra ice to create more offense. “It felt really good. I like having the puck,” said Stutzle.

“I just wanted to see what he looked like in practice,” said Head Coach DJ Smith. “We haven’t been great down the middle. I don’t want to put him in a bad spot, but I think now’s the time to try. I’ll have my finger on the pulse, if he’s having a tough time, I can make the switch and put Paul there.”

This will be an interesting experiment. I agree with giving Stutzle a shot at playing centre now, especially over the idea of sending him to Belleville. The lines aren’t official yet, but it looks like we’ll see Stutzle at centre to start the night.

We asked for your input and the results suggested it was a good idea.

Poll: is now a good time to move Tim Stutzle to centre? #GoSensGo