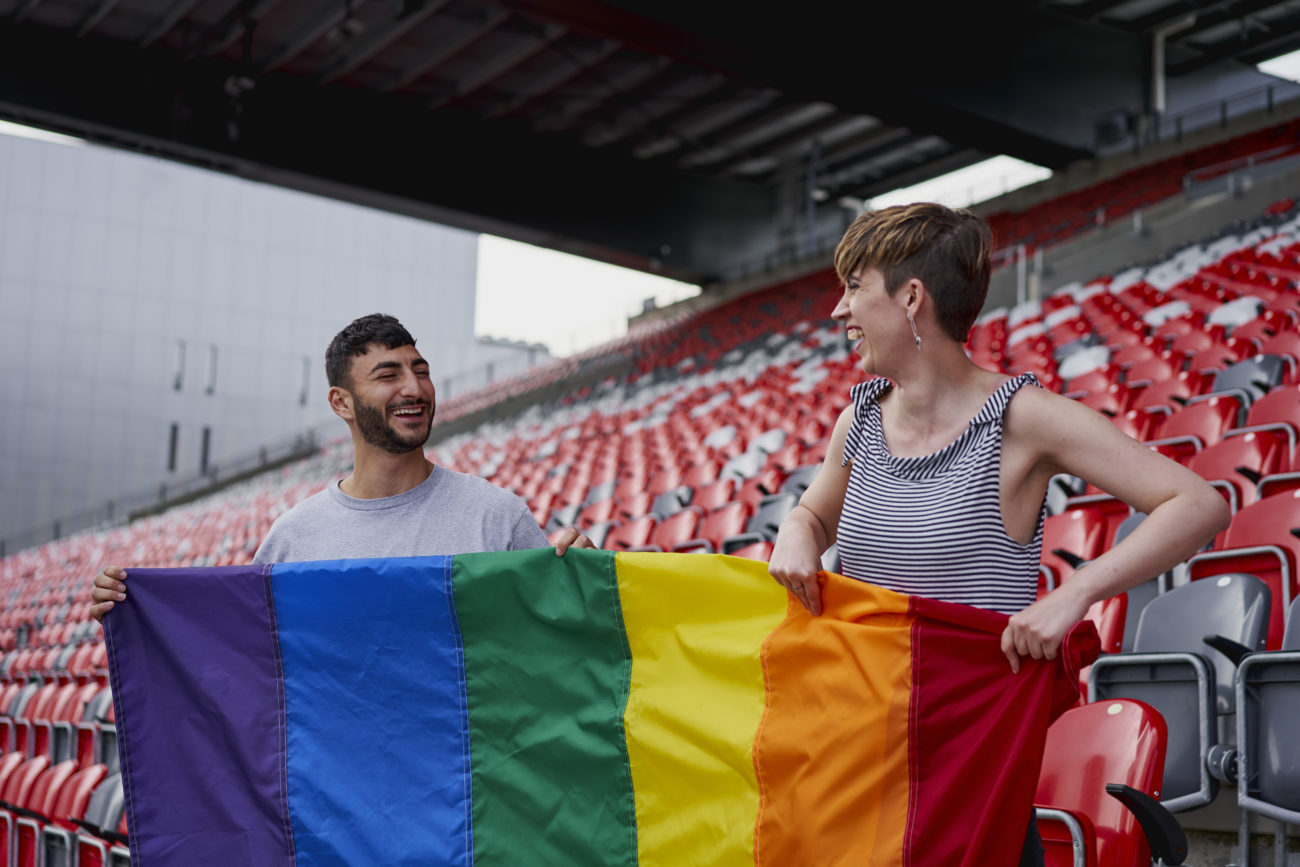 We caught up with Ottawa Fury player Chris Mannella and supporter Meagan Wiper to talk about the Ottawa Fury’s involvement in Playing for Pride, and becoming allies to Ottawa’s LGBTQ community.

You have been “Playing for Pride” all month in June. Tell us more about this initiative and how it is helping with LGBTQ+ inclusion.

Chris: Yeah, Playing for Pride is such a good organization and initiative to be a part of. I was fortunate enough to come across the founder, Austin Da Luz, and reached out to him about being a part of it.

It’s a group of professional players across North America raising money and advocating for LGBTQ+ rights and equality, so with the amount of players and some very high profile ones, hopefully we can encourage people to feel like they are not alone and that there is a massive community who accepts and is willing to stand behind them no matter what.

What are ways you would encourage others to get involved in breaking down barriers like this in the sporting world?

Chris: That’s really hard because people have their own way of thinking and I would never force anything down anyone’s throat, but I try to help people understand that it shouldn’t matter who people love. Love is love no matter what. They shouldn’t be looked at any differently, especially in the sports world, for someone they love outside of their profession and that has nothing to do with their job. I also try to put others in the shoes of someone struggling to really be themselves and who is putting on a front when they are around their teammates and coaches, and how that would make them feel if other people judged them for something that they cannot control. 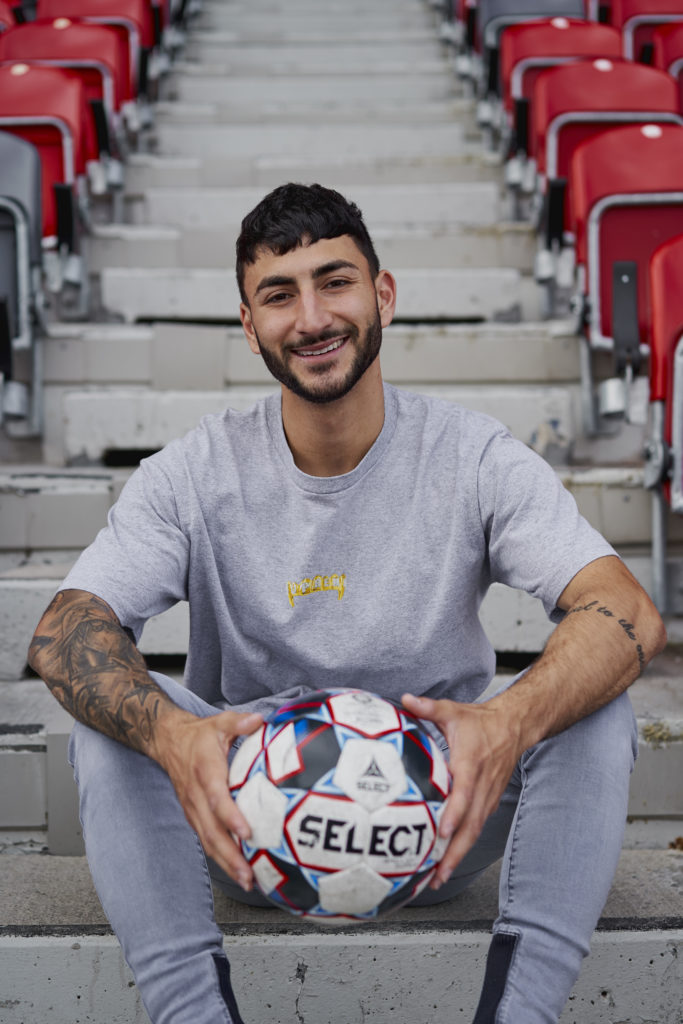 Why do you personally feel so strongly about making pro sports a space where everyone should feel welcome?

Meagan: As someone who is a community activist as well, I greatly appreciated how the Ottawa Fury roster last year was willing to share in the emotional labour and help make TD Place inclusive and validating. They had a Pride Match, became members of Athlete Ally, raised funds for Playing for Pride and even marched in the Fierté Capital Pride parade. So for this year, I thought that if the Ottawa Fury are willing to step up and take the initiative to be allies in the LGBTQ community, the supporters have to do the same. It cuts both ways, especially when one considers that the relationship between players and supporters in football is much more symbiotic than other sports. I myself as a white, cisgender woman who’s attracted to men may not have a direct need for the Fury lads to raise money for Playing for Pride, have a welcoming supporters’ section, or have an annual Pride match. I do have plenty of LGBTQA2S friends who do. Inclusion matters because it validates.

What are ways you would encourage others to get involved in breaking down barriers like this in the sporting world?

Meagan: Playing for Pride is a great step to take for one. Other than that, I would say that engaging in dialogue with other supporters is crucial, particularly when it comes to empathizing and allying yourself with those who have less privilege than yourself. Getting input from and including LGBTQ people in discussions is an absolute must. Reaching out to supporter groups in other cities for advice on making your team’s supporter culture more inclusive would be a good idea as well, as they may give you great advice on what to do and any mistakes they learned from along the way. Team management also has to be on board as well.

7 Camping Hacks You Need To Try 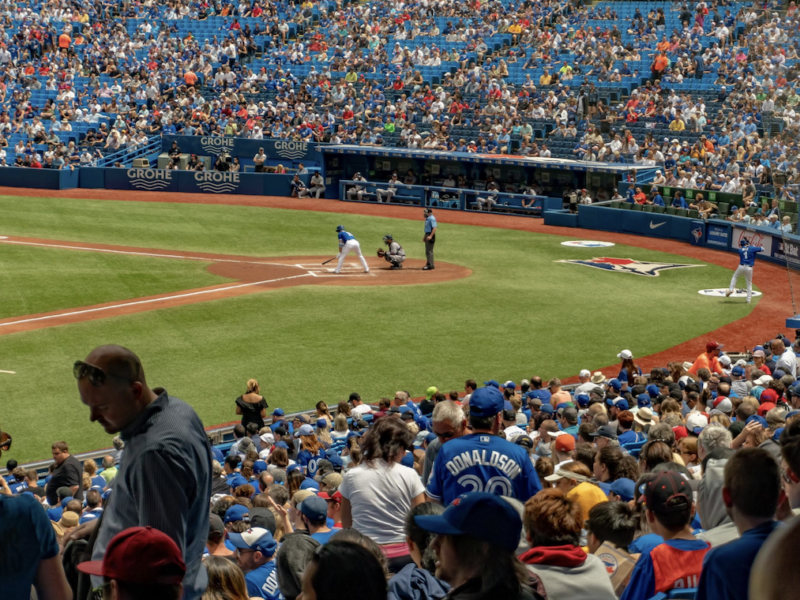