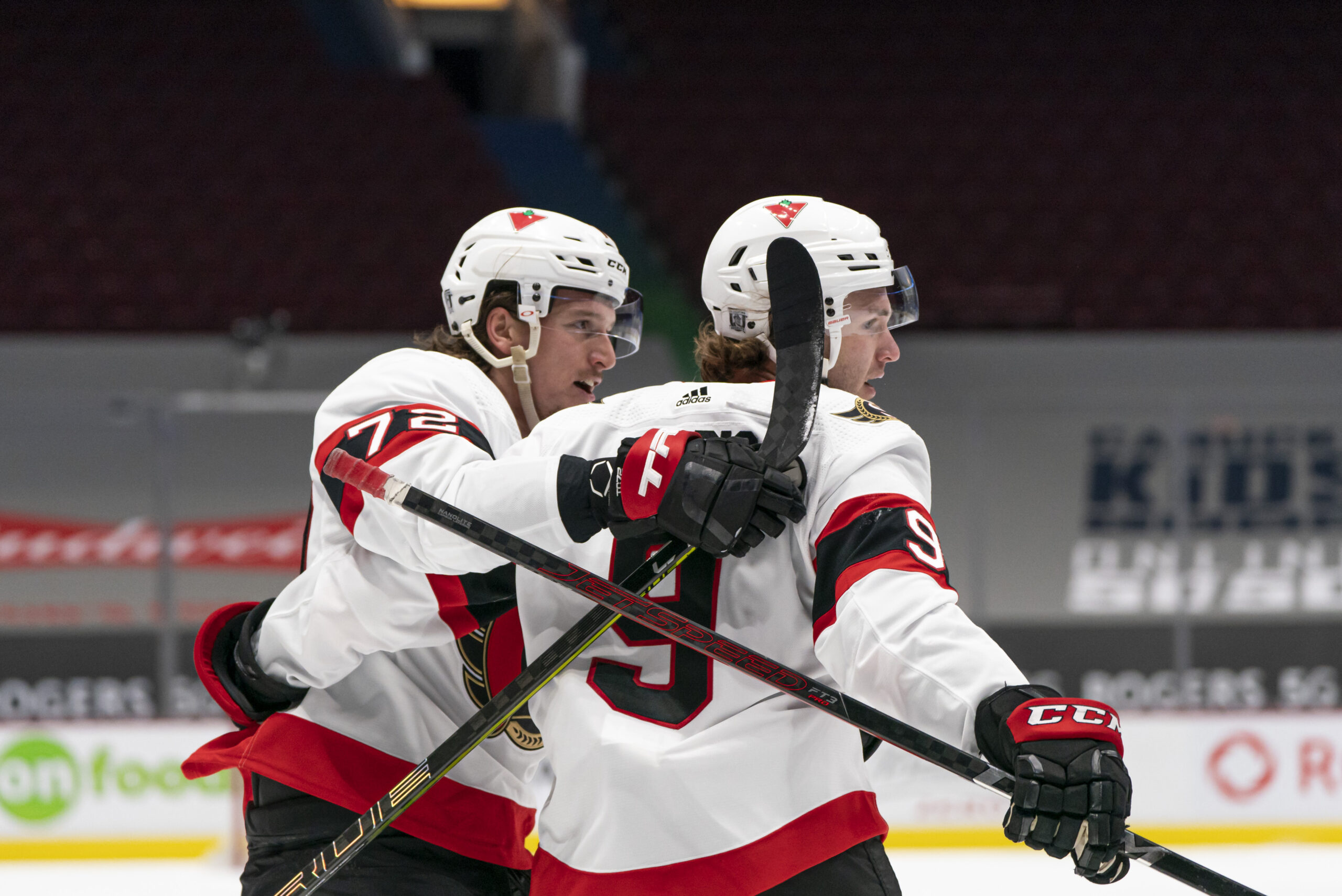 The modern day Ottawa Senators have never won a game before where they trailed by at least four goals.

And, given the circumstances, this is pretty much the last Senator team you’d expect to pull off such a comeback. Ottawa has had a terrible season so far, going into Toronto Monday night with the worst record in the entire NHL. The Leafs, on the other hand, are having their way with the league so far, strutting along with the best record in the NHL.

So when Toronto grabbed a 5-1 lead with 21 minutes to play, many viewers across Ottawa probably either snapped off the TV or found something else to watch.

After all, the Sens hadn’t scored 6 goals in a game all season and, most nights, they’ve had a hard time scoring more than two. Historically speaking, they had trailed by at least four goals in 240 regular-season games before Monday night, posting a smooth 0-237-3 record in those contests. The Senators appeared to have virtually zero chance of winning that hockey game.

But, on Monday February 15th, 2021, with just over 20 minutes to play, the Senators magically erased a 5-1 deficit to shock their arch rivals 6-5 in overtime.

Tonight was the FIRST time in franchise history the #Sens erased a four-goal deficit to WIN! #GoSensGo pic.twitter.com/4TCySj11gB

It’s hard to imagine a more unlikely regular season victory. Maybe only Ottawa’s first game ever in 1992 can compare. The Sens were absolutely awful but, on that special night in October 1992, they somehow managed to take down Montreal, the eventual Stanley Cup champions that season.

When studying the anatomy of a comeback like we saw Monday night, the successful hockey team needs a lot of things to fall its way. For example:

1. A goal just before the second intermission.

Nick Paul checked that box. Paul, who’s been doing a pretty impressive Mark Stone impression this season, barged in and buried an Auston Watson rebound with 9 seconds left in the frame to make it 5-2. The Sens retired to the dressing room with, perhaps, a little spark of belief.

Rookie defenceman Artem Zub provided that, scoring his very first NHL goal; a breakaway beauty. Zub caught the Leafs defence napping, stepping out of the penalty box just at the right time. He was all alone, took a slick pass from Chris Tierney, and absolutely dangled one past Leaf goalie Freddy Andersen.

3. Tying the game with your goalie pulled.

Another key ingredient in a legendary rally. The Sens pulled their goalie with just over two minutes left and, even though the Leafs defenders were tired (having to stay out due to an icing call), Sens head coach D.J. Smith called a timeout to get organized.

The coaching staff obviously drew up a standard play where Evgenii Dadonov would swat a deflected puck out of the air past Andersen to even the score. Sheer genius. Worked to perfection.

As the game moved to the 3 on 3 overtime. Dadonov almost went from hero to zero, losing track of the slithery Mitch Marner one on one. Marner caused a wild scramble around the Ottawa net and, when the puck went back to Morgan Rielly, who was winding up for a shot from the high slot, Sens goalie Marcus Hogberg was down and out.

But Dadonov quickly snapped back into the hero role, filling in for Hogberg in an otherwise empty net, making a huge save with his pants. Not done yet, he immediately got on his horse, sprinting up the ice as Paul collected the loose puck. Paul dropped the puck to Thomas Chabot who fed Dadonov for the breakaway.

For the previous hour, the Sens had been absolutely draped in destiny. And there was simply no way Dadonov wasn’t going to write a happy, breakaway ending for Ottawa.

While no one is projecting anything grand out of this season, it’s still the kind of special victory that can fully restore confidence and lead to better days ahead.

For Sens fans (who probably find the Leafs’ collapse almost as satisfying as the comeback itself), no matter what’s happened so far this season, or what will happen, Monday’s victory in Toronto goes down as an instant classic, never to be forgotten.