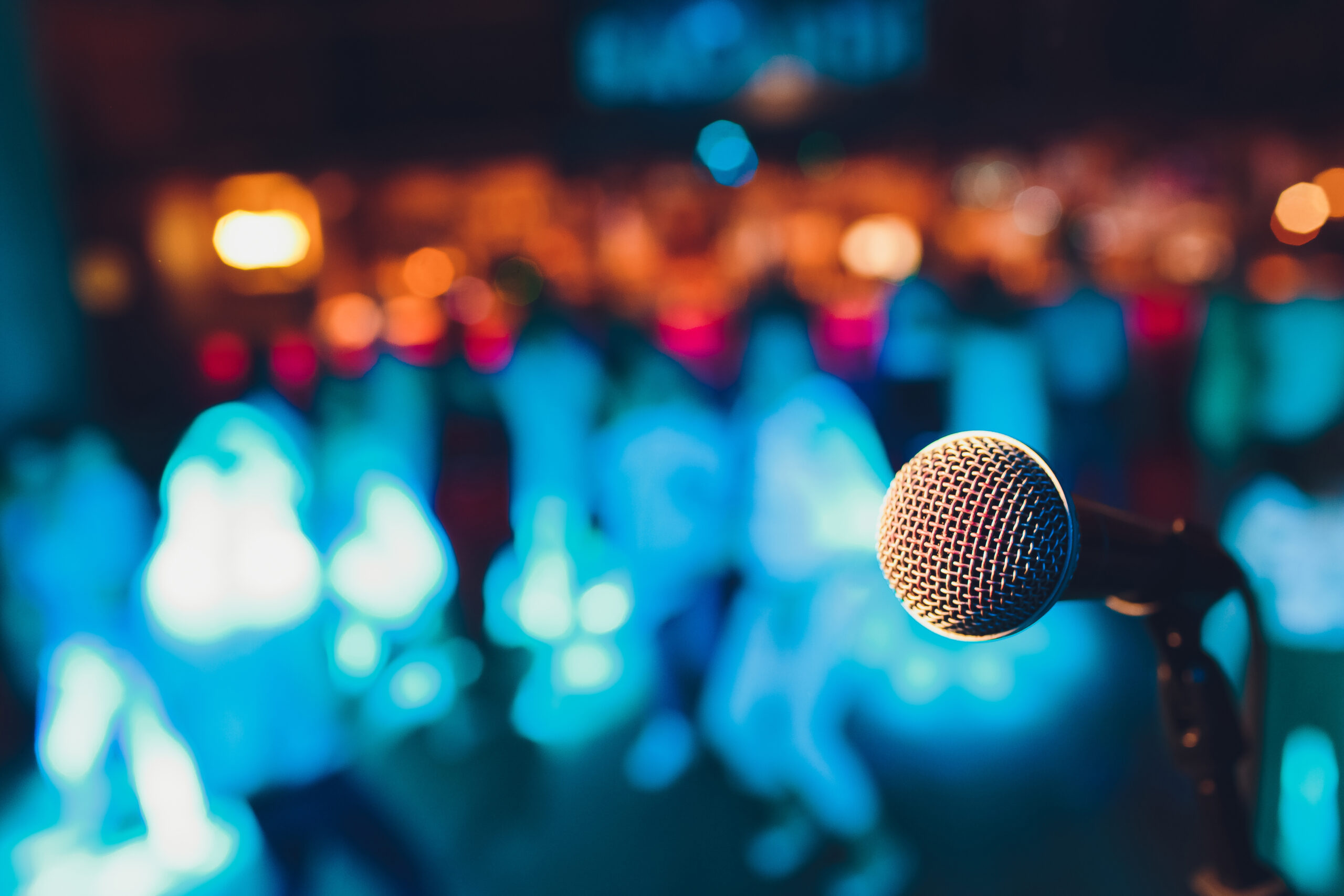 “We all thought it would be a two-week thing,” reflects Rick Currie, the Ottawa-born and based stand-up whose mantle is crowded with awards from his stint as a writer on The Rick Mercer Report. “I was bummed because I had a gig in Cornwall cancel and say, ‘We’ll do it next month, after this has blown over.’ Since then, my career goal has been to make it back to Cornwall.”

The cheeky Currie may soon get his chance. Slowly but surely, Canada’s Covid-curtailed comedy clubs are getting back to business. But it’s a complicated transition. Stand-up, after all, is a highly verbal form, dependent, to boot, on intimate venues and sizeable audiences.

Kudos, then, to Ottawa’s own Absolute Comedy, one of the first venues to espouse the show-must-go-on philosophy. Unlike Yuk Yuk’s on Elgin, now looking for a new home (Dow’s Lake is the rumoured location; might they rebrand as Kayak-yak’s?), Absolute instituted precautions early and soldiered on.

The Preston Street venue re-opened in July 2020 after a mere four-month shutdown, pridefully explains co-owner-comic Jeff Tanguay. It reduced its capacity to fifty from one hundred and eighty, spaced tables the requisite distance apart, and went to considerable lengths to protect talent. It’s been enough, combined with government subsidy, to keep the club admirably operational.

But while comics remain grateful for the accommodations, and the work, the experience of performing stand-up in the age of Covid remains surreal. “You have to bring your own sanitized microphone to the stage and wear a mask as you walk through the crowd,” Currie explains, “so there’s always an awkward minute as the MC introduces you, then puts on his/her mask and unplugs their mic. Then, you come on, take off your mask, and plug in your mic. Not exactly a smooth transition.”

“Also, there’s now plexiglass between the stage and the crowd,” Currie furthers. “One of the most basic things about stand-up is the connection between the comic and the crowd; now, there’s literally a physical barrier. And the worst part? Somehow, because the stage is lit and the audience is dark, the plexiglass works as a perfect mirror—so instead of connecting with the crowd, you’re just thinking, ‘Ohmygod, when did I get so fat?’” 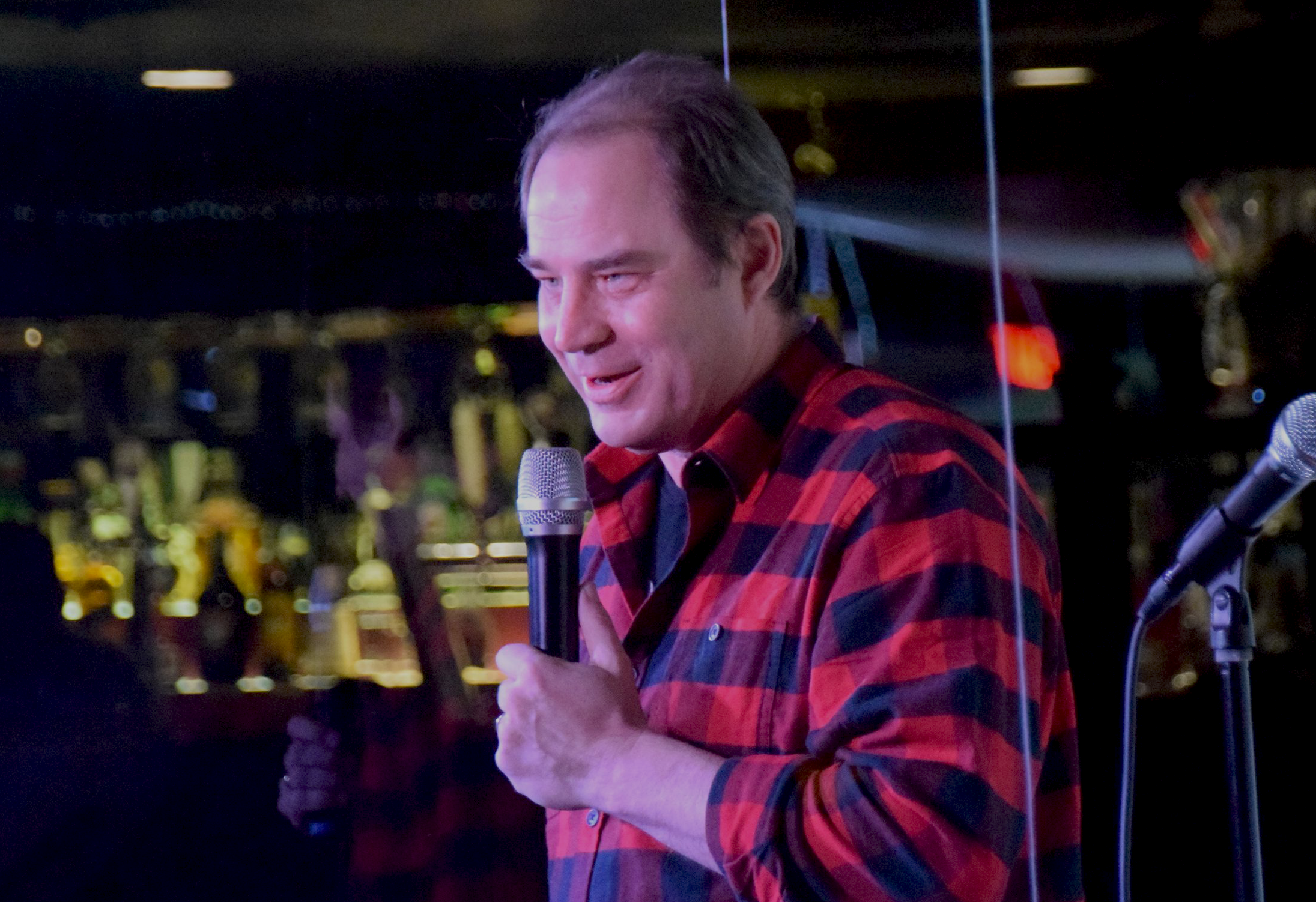 The touring life has been just as complicated. Angelo Tsarouchas, the pride of Ottawa’s Greek community and longtime opening act for the globe-trotting Russell Peters, laments, “I was on pace for a record year. I had gigs set up in Australia, New Zealand, England, Ireland, Greece, and Dubai”—all of which were canceled. While audiences around the world were collecting refunds, Tsarouchas was adapting his act for Zoom.

“I hated it,” he admits. “People weren’t putting their mics on mute, so you were doing your set to people and they were talking. Stand-up comedy has to be done live.”

It’s a philosophy echoed by another seasoned stand-up with Ottawa roots, Francois Weber. Despite the pandemic, Weber, a budding entrepreneur, bravely opened a Yuk Yuk’s franchise in Halifax, where he is now based. “Since then,” he points out, referencing the club’s formative days in April, “we’ve had three weekends of shows. After the first one, we were shut down before the following weekend. We re-opened on July 2nd, and every weekend since has been sold out.” Further, he’s convinced those good numbers, given that they took place under the aforementioned restrictions, are a harbinger of things to come. “The Roaring 20’s—that’s what I think we’ll see! We’ll have created resilient artists who’ve found ways, whether it be via Youtube, podcasting, or a show in their backyard, to do what we were meant to do: entertain.”

That said, some of the comics Tanguay and Weber book might need to adjust their material. “Some jokes might not apply post-covid,” theorizes Currie. “It used to be a common set-up to say, ‘So I was on a plane the other day and…’. Now people might not care about the joke. They might just say, ‘REALLY?! Tell us about the plane!’”