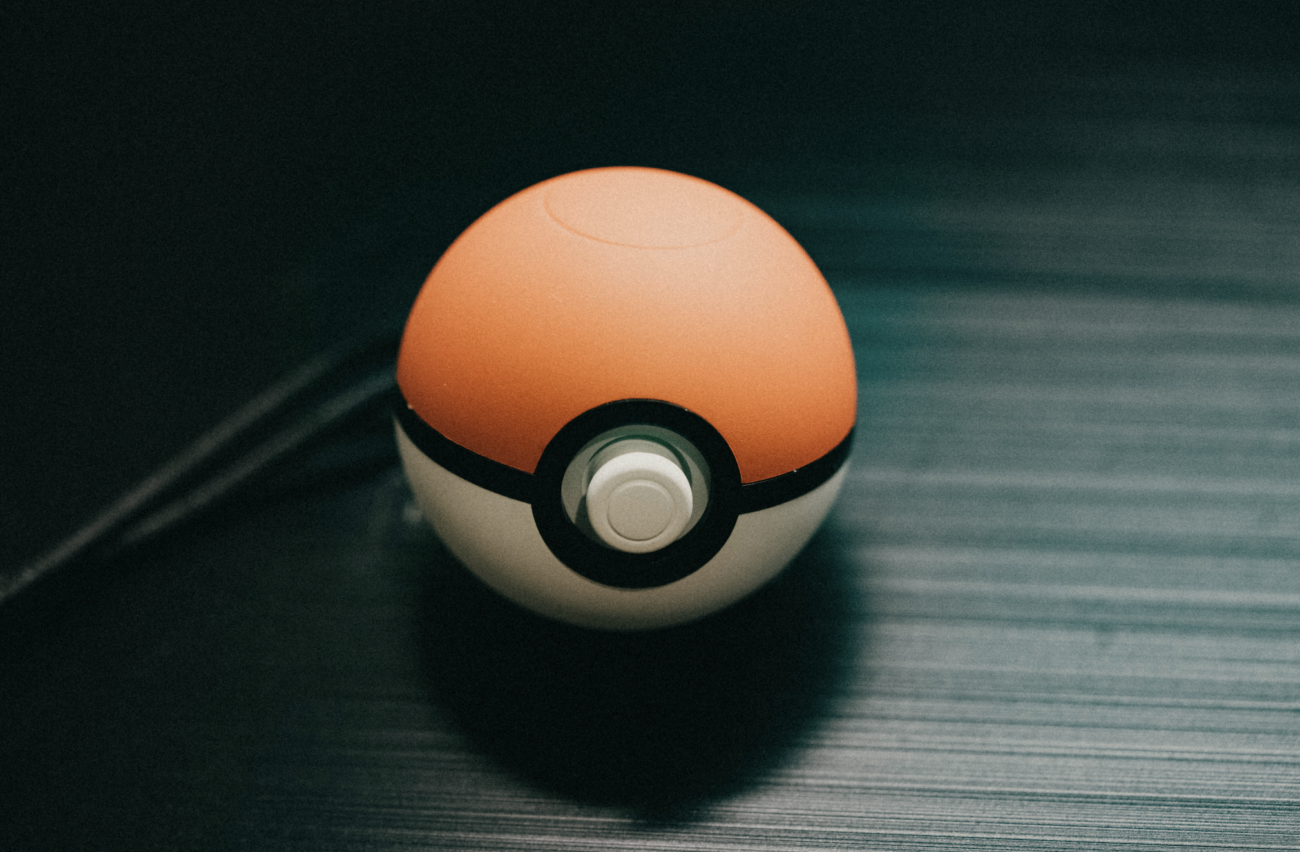 What Are Your Old Toys Worth?

Kids moved out? The attic overflowing with trinkets from the past few decades? Maybe it’s time to finally unearth what you’ve been storing up there. What is lost could be your treasure once again. You’d be surprised what you or your kids’ old toys could be worth after being out of circulation for so many years. You could have thousands of dollars just collecting dust in your house and you wouldn’t even know it. Here are some old toys that could be laying around the house worth a lot of money. 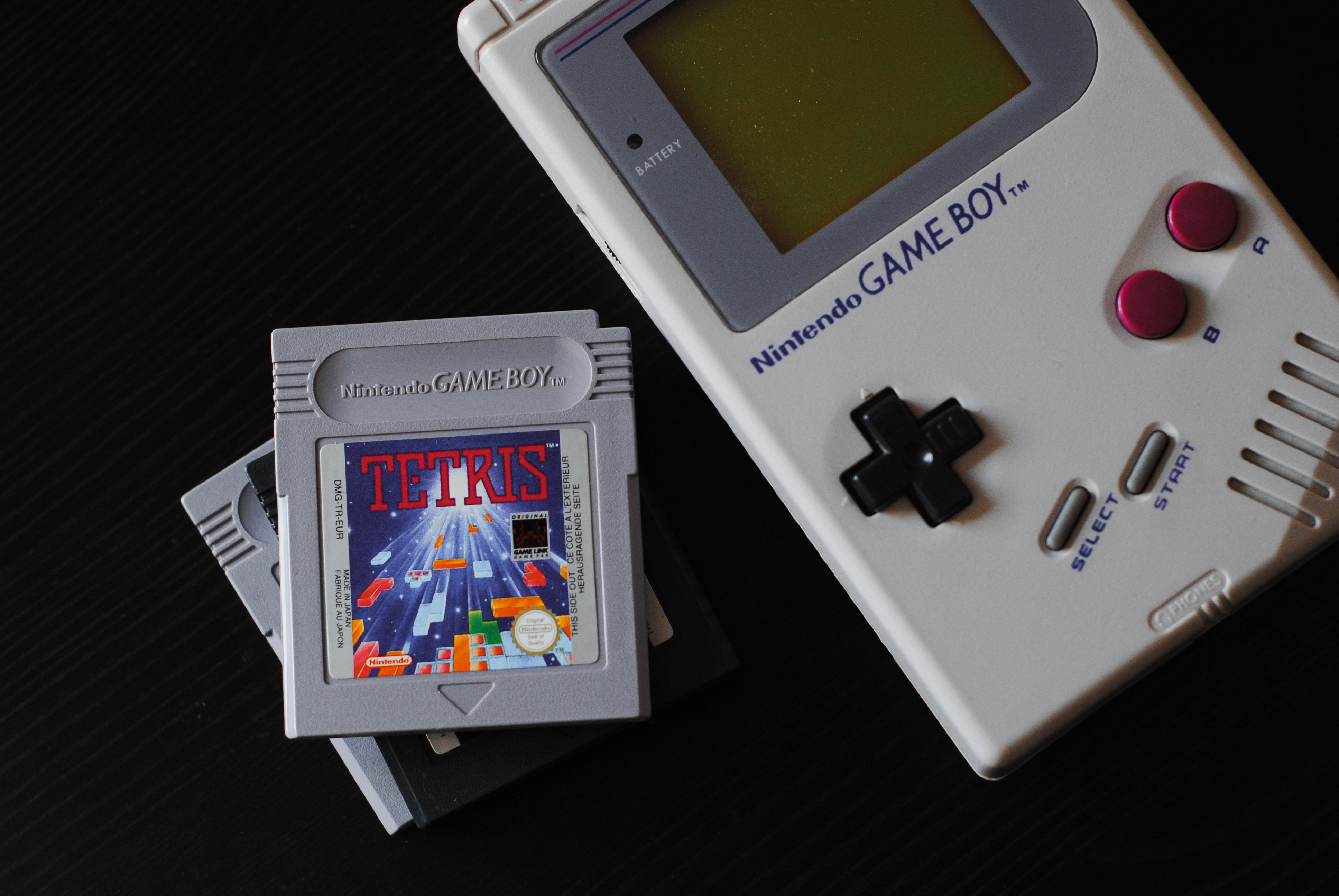 Released back in 1989, the Nintendo Game Boy brought a whole new dimension to the gaming industry that hadn’t been explored before – handheld gaming. People assumed that home consoles were the extent of this industry but Nintendo wanted to keep surprising their fanbase. So, not so surprisingly, the Nintendo Game Boy has become something a gem to the average video game collector.

Recently, a mint-condition original Game Boy sold for $2,052.45. An unused Pokemon Special Edition Gameboy Color System from 1992 can earn you close to $800. However, you made the fatal mistake to actually play your Game Boy, the most you’ll probably get for it is $50.

Introduced back in the ‘60s, the Easy-Bake Oven was an immediate favourite among little girls and little boys who were ashamed that they actually liked baking. It was revolutionary in its simplistic instructions; kids were able to bake themselves an assortment of delicious treats without the help of their parents. This made it one of the most popular toys that Hasbro has ever produced.

In recent auctions, the mint-condition boxed Easy-Bake Oven sold for $300. However, one out of the box can get you as high as $125.

Growing up with kids in the ‘80s, guaranteed you have at least a few of these little cars laying around in your attic. It’s impossible to go through what they’re all worth individually, but here are some of the most valuable to date. The first ever Hot Wheels made in 1968, the White Enamel Custom Camaro, has been valued at $2,500. The Cheetah Python was valued at a whopping $10,000. Records show that the Gold GMC Motorhome model has sold previously for $2,000.

That’s only a few examples on some of their more popular car models. For 52 years, Mattel has been creating new designs for their toy line and they continue to do it today. You can easily find a list of each car’s value online if you’re so inclined.

For the longest time in the ‘90s, Furbies were the must have toy for any child’s birthday and Christmas. They had this “intelligence” that allowed them to develop proper speaking through short sentences, words and other varied skills. As they grow, they were able to speak less “furbish” and more human speak.

This popularity led to many toy spin-offs like Furby babies and even McDonalds Happy Meal toys. If you happen to have a good condition one laying around your house, you can earn about $450.

We’re not talking about the Monopoly game you’re so familiar with. This is the original Monopoly Atlantic City released all the way back in 1933. Instead of the usual square board, it came with a more circular board and it involved notepads to keep track of your properties and finances. Only 5,000 copies were created and only a reported few have survived the test of time. If you happen to have a copy yourself, you could possibly get close to $150,000. Wouldn’t that be nice!

Released back in 1985, the Cabbage Patch Kids dolls were among some of the most popular toys on the market. So popular in fact that there was a huge waitlist for anyone who wanted to purchase one. Recently, the James Dudley doll was valued as the most valuable in the set with a price tag of $3,000. Other dolls in the collection have a ranged value of $200 to as high as $1,995.

If you grew up in the ‘90s, chances are you had a Tamagotchi in your pocket. It was like caring for your own cute little pet but in virtual form. Feed them, play with them and then tuck them away in bed. But, if you neglected them too long, chances are you’d eventually find them belly up… and then a small part of you died too. However, if you managed to keep your little virtual friend around today, they could be worth at least $3,000 if you’re lucky.

Not an uncommon fact that the popular plush toys from Millenial’s childhoods are worth a lot of money today. Granted only some of your collections can get you as low as seven bucks, but if you’re able to get your hands on a special edition Valentino Bear, you could be looking at $27,777. Versions of Peanut the Royal Blue Elephant have also sold for 100s of dollars on eBay.

One of the most valuable beanie babies ever sold was a Piccadilly Attic, which sold for the crazy amount of $100,000!

We’re not just talking about Marvel or DC Comics, this about any comics across the board. While yes, there are a lot of vintage Marvel comics that can sell for an upwards price of $859,000 and the first issue that introduced Superman recently sold for $3.2 million; what about the lesser known issues?

Walt Disney’s Comics and Stories #1, with the cover featuring Donald Duck, was valued as high as $116,000. Planet Comics #1 was valued at $108,000 and MAD Comics #1 can be worth $98,000. If you have some good condition comic books laying around your house, it’d be best if you did some research because you may have stumbled upon a gold mine.

Walking through the bookstore in the late ‘90s, did you happen to take a chance on that obscure book about a young boy going to a wizarding school? Well, if you did, congratulations because you are now the owner of valuable collector’s item. The first edition Harry Potter and The Philosopher’s Stone can be sold today for as high as $6,500. If you are one of the lucky few that have the entire set of all seven books, you could get up to 46,448.60 for all of them!

While Barbie has gone through a number of makeovers in the past few decades from the run-of-the-mill slim blonde to different careers and body types. However, going back to the original 1959 design with the classic hourglass figure could be worth up to $23,000. The prices vary on which clothing items they wear but the lowest one sold on record is still an impressive $8,000.

The idea for the Teddy Ruxpin doll was actually quite sweet. It was an animatronic doll that could tell your kids bedtime stories by inserting different cassette tapes. A simple yet nice idea enough but then the horror stories started surfacing.

Kids were complaining that it spoke unprompted, especially at night. It creeped out the parents who bought the doll. This became such a popular craze that Robin Williams even joked about during one of his comedy specials, describing it as “the type of doll that wakes up and says, ‘You must kill mommy and daddy.’”

It’s probably that popularity that’s given the Teddy Ruxpin doll is hefty selling price of $1,000. After haunting your house for so many years, you might be happy to finally get it out of your home.

It’s become commonly known how valuable Pokemon cards have become since their debut in 1996. One of the more popular rare cards out there is a holographic misprint Mewtwo card that sold for for $11,997. However, there are records of a holographic Charizard card selling for $45,000. Don’t overlook them as that weird game you’re kids played with 25 years ago, because they might be worth a pretty penny. You can easily find each card’s worth online.

After the Pokemon craze died down for the Elementary school kids, Yu-Gi-Oh cards were the next big thing to hit the playground. While not as valuable as Pokemon, Yu-Gi-Oh cards can be for as high as $8,000. Some of the most valuable cards out there include Armament of the Lethal Lords, Crush Card Virus, Dark Magician Girl and even the one of a kind Tyler The Great Warrior, named after a child who beat liver cancer, which as been labelled as priceless.

And finally, we make it to Magic The Gathering, the card game that has outlived both Pokemon and Yu-Gi-Oh in popularity. The game that pits wizard against wizard has been around longer than both the past card games and are still one of the most popular used in tournaments. Certain collections have sold for over $10,000 while individual card like the the Alpha “Black Lotus” have sold for as much as $87,000.

Anything your creative mind can conjure up, could be use as inspiration for the popular Lite-Brite toy. Anything you create could be given the illumination treatment, whether you’re an artist or that weird kid who used it to make dirty pictures and words. The idea is that you were given small, colored plastic pegs put into an illuminated board to create a picture. If you happen to own a complete set from the ‘60s and ‘90s, a collector might pay $300 or higher.

That’s right, Settlers of Catan was so popular, they made a three-dimensional version of the game. Adding a new dimension to competing for natural resources, building settlements and eventually earning enough points to win. Settlers of Cattan also allows players to construct their own storyline throughout the game. It’s no secret that this game continues to top gamers favourite games of all time. If you’re able to find a 3D version of the game, it could get close to a grand in your pocket.

One of the oldest games on record, dating back to the middle ages or even farther, Fox and Geese is an old hunting game on a cross-shaped board using pegs or marbles. The rules are simple, The fox attempts to “kill” the geese by removing them from the board, while the geese attempt to trap the fox so he can’t move. Basically, this is the grandfather of strategy games. Copies of the game from 1830 can still be found but they’re very rare to locate. The last one on record was sold for $17,827.

Easily known as one of the most popular action figure toy brands in history, young boys went nuts for the amount of colourful characters and cool weapons. With that popularity, many toys from the franchise have tallied a hefty selling price. A model missile command centre managed to sell on Ebay for $16,000. Individual figures have sold as high as $5,500 but the price paid for a G.I Joe Action Figure was a prototype G.I. Joe “Toy Soldier” made in 1963, which sold on eBay for $200,000 in 2003. What you could do with that kind of money?

Believe it or not, the selling price of vintage Super Soakers have shot up in the past few years. Starting a simple water guns back in the ‘80s, the brand was grown to different wacky designs that give kids that sweet pump-action. Records show that avid toy collectors have put up as much as $600 to add them to their collections. Models that are sought after the most include the Power Drenchers, the label the toy was given before it was changed in 1991 to Super Soaker.

Skills At Home: How To Make Your B...

Coming To Netflix This May