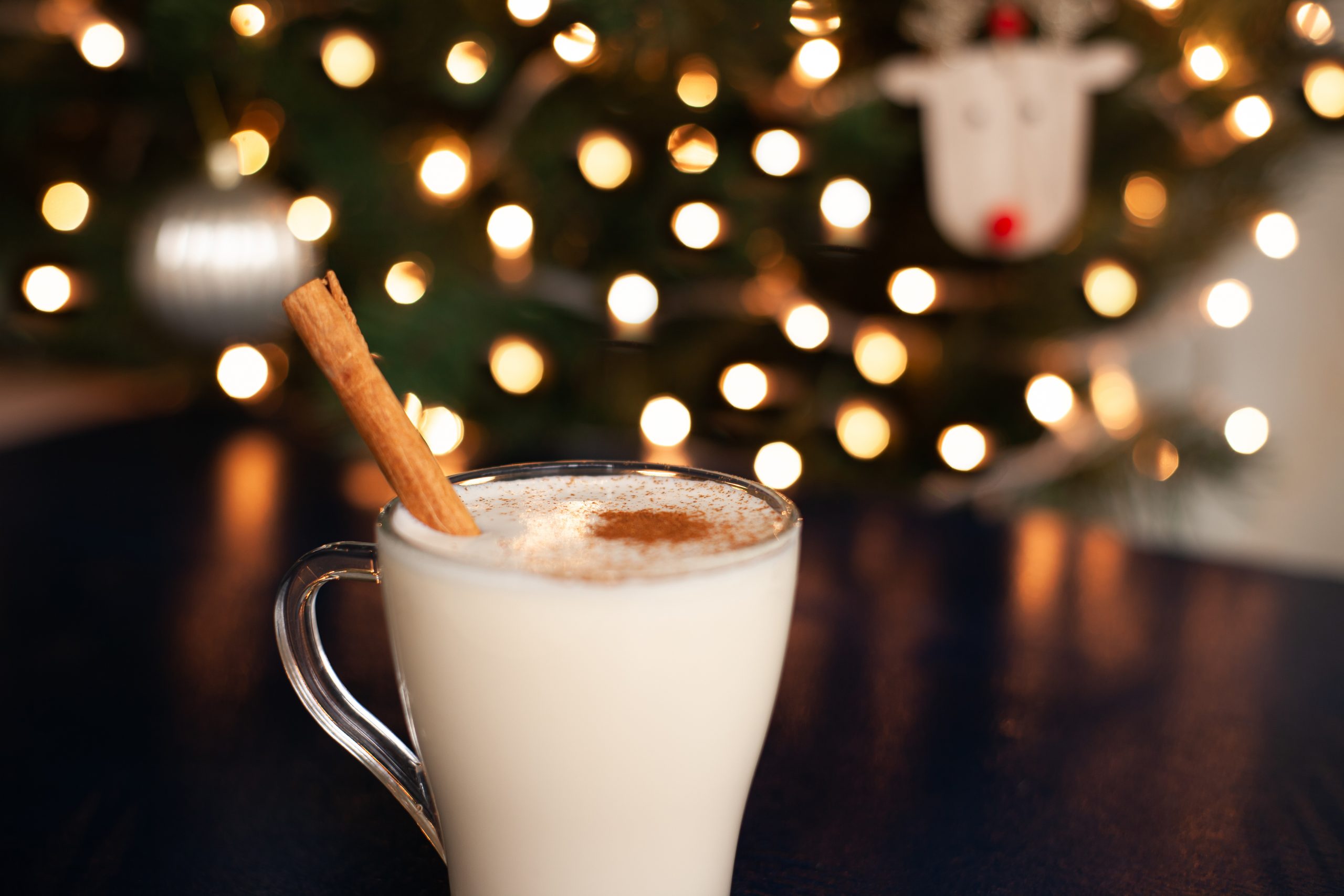 It has been written that Eggnog’s roots go back to the wealthy aristocrats in Britain. The wealthy folk would drink warm egg and milk beverages, which they would season with expensive spices like nutmeg and cinnamon and pricey liquors like sherry and brandy to keep from spoiling.

When this drink was passed onto American colonists, rum was used. The colonists would use the term “Grog” for Rum and back in the day, Rum was served in wooden carved mugs that were known as Noggins.

In North America, this egg, milk, spices and rum drink was first known as Egg-N-Grog and over time it was shortened to Eggnog.