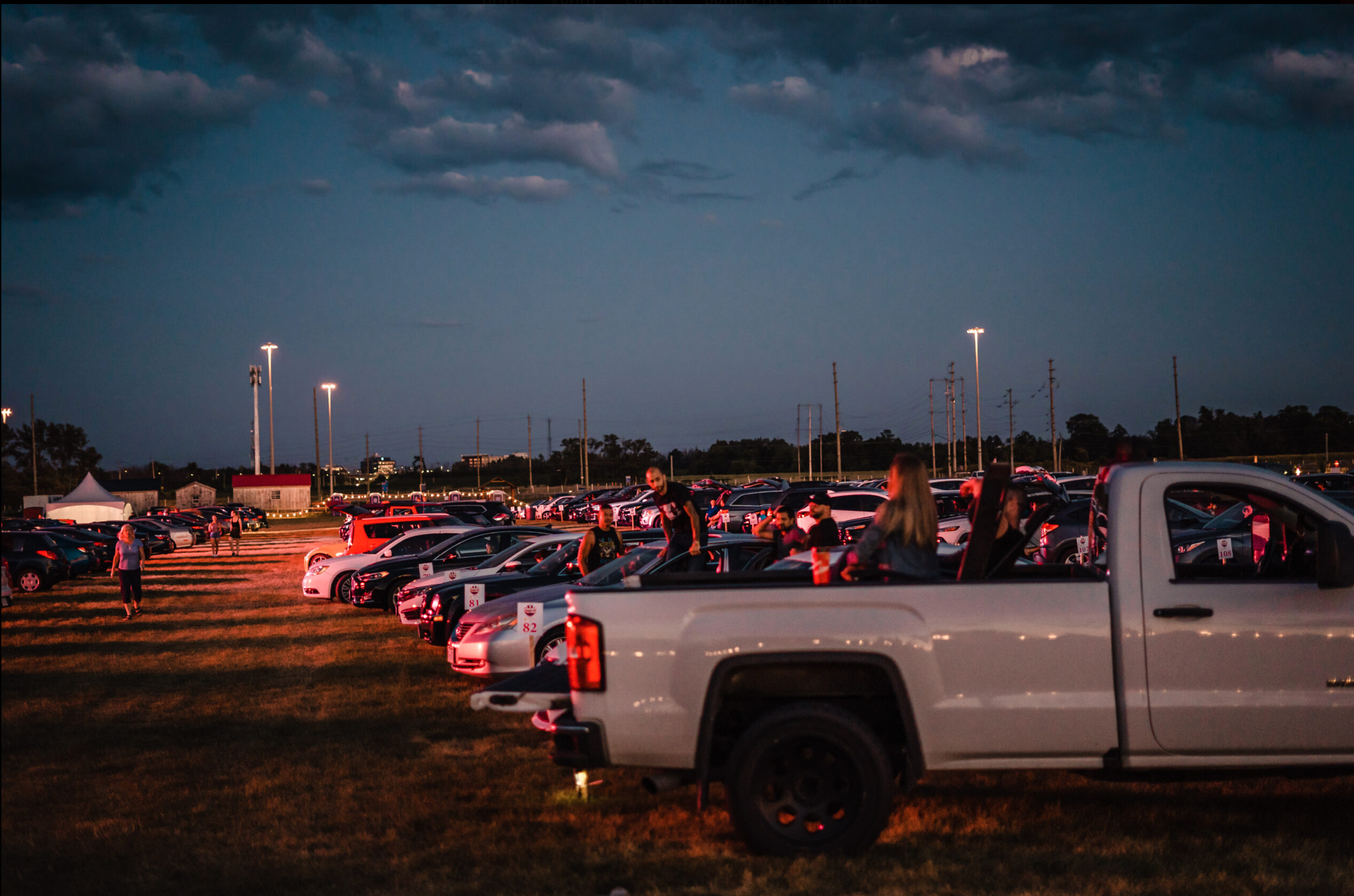 Drive-ins came to Ottawa in 1947. The concept was so new, local newspapers had to print a full-page explaining how it worked. They, and their digital brethren, might have to do it again: hard as it is to believe, an entire generation has come of age without ever having watched a movie from their car. Last summer, though, thanks to DNA Live, the drive-in experience returned to the nation’s capital. Like any hit, it’s spawned a sequel: a second screen, established earlier this summer. That one’s packing them in too, the first time Ottawa’s boasted more than one drive-in since the experience’s heyday, before the Britannia, the Airport, and the Auto-Sky all closed in the early 1990s.

It’s thanks to the people behind DNA Live, Ottawa’s premiere festival and event production company. DNA stages over a hundred events a year, from small club shows to major festivals. Pre-Covid, DNA was projecting its highest business growth yet. Then, of course, like too many businesses, it was faced with a daunting ultimatum: perish or adapt. Affirming the bromide that necessity is the mother of invention, DNA developed Drive-in Experience Ottawa, resuscitating the screen-under-stars experience, with some necessary adjustments, much-missed by a seasoned generation and unknown to the succeeding one.

“It was kind of a no-brainer when we learned that most things would not be able to open normally until the fall,” explains DNA Live spokesperson Alex Primeau, looking back on The Drive-In Experience Ottawa’s formative period in 2020. “We knew people would need something to do and we are here to provide entertainment. So…”

That summer, they set up a pop-up screen in Nepean’s Wesley Clover Park. While the business end of things proved a bit of a learning curve, cars showed up in droves. That’s why this year, it’s back, offering adjustments such as an improved view. It’s also why there’s a crosstown venue, in the parking lot of RCGT Park, to accommodate city-wide demand.

The shows take place on weekends. Each screening accommodates one hundred cars (tickets are sold in advance, available through the Drive-in Experience Ottawa’s website: thedriveinottawa.ca). Once there, you can’t leave your vehicle, other than to use the washroom—and you can’t buy snacks. Other than that, it’s the same screen-under-the-stars ritual John Travolta and Olivia Newton-John took part in in Grease.

As for the programming, don’t expect to see the backlog of films the Big Studios are hanging on to till the doors of the multiplexes are flung open. Instead, enjoy an accommodating mix of tried-and-true favourites. “We try and have one action flick, one raunchy comedy, one family-friendly blockbuster, and one animated movie,” Primeau explains. “This balance allows us to host multiple demographics.”

One of those demographics is horror film fans. They’ve been packing the parks on Sundays for DNA’s most popular programming, their “Sunday Scaries” series. “We launched it as a trial but ended up selling out every horror movie we put on,” preens a proud Primeau. And why not? Horror was the genre that, back in the 1950s, legitimized the drive-in, promising affordable thrills to duck-tailed greasers and their angora-clad dates via cheapjack creatures from outer space or The Black Lagoon.

But while Ottawa moviegoers are settling into their upholstery to enjoy the show, Primeau and his team are working hard behind the scenes, making sure it’s a thoroughly safe experience. “We specialize in crowd control for large-scale events and festivals, so this was second nature to the team. That said, our staff has been absolutely incredible. We often get compliments on how organized and friendly the experience was, which, as an event producer, is the ultimate measure of a big success.”

“We will be operating the Drive-In Experience as long as the demand for it is there,” affirms Primeau. “We have yet to see how things will look once more businesses and leisure activities are allowed to open but we will be happy to host everyone if the demand for drive-in entertainment remains.”