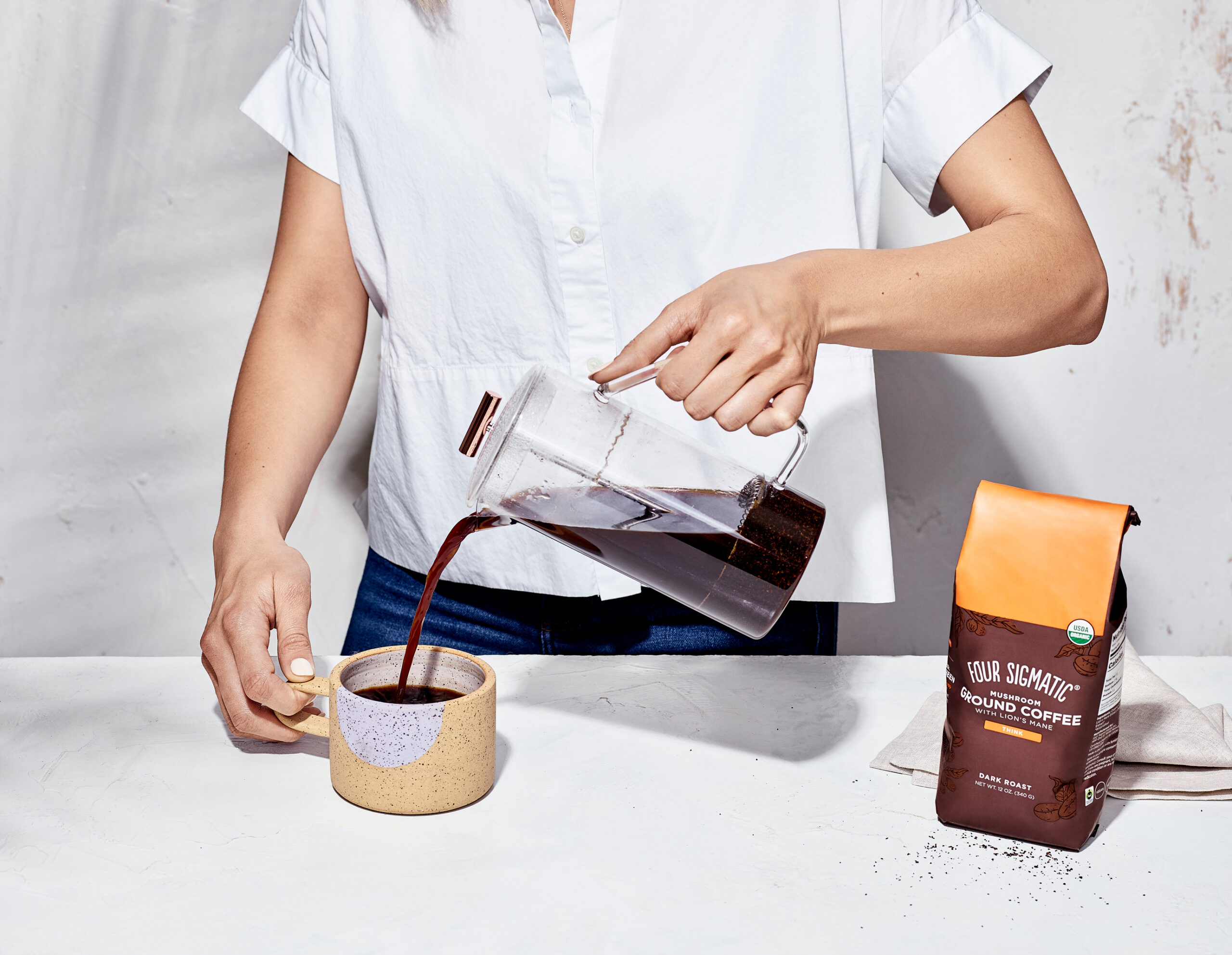 If you’ve ever wandered down the coffee aisle in a health food store or listened to The Joe Rogan Experience, you may have come across this interesting hybrid coffee mix made up of a wide variety of mushrooms. This specialty brew is said to promote productivity and creativity – sounds too good to be true, right?

Mushroom Coffee is a fairly new health product sold by a company from Finland. Back in the second world war, the Fins used Chaga mushrooms as a coffee replacement. Mushroom coffee stuck in Finland after that, and in 2005 a company called Four Sigmatic brought it to market, touting its abilities to promote productivity and creativity.

Four Sigmatic isn’t just a super cool name for a company that sells a mushroom coffee blend among other products; the term four sigmatic is given to food that falls in the top 100 for nutrient densities.

What’s interesting about Four Sigmatic’s Chaga Mushroom Coffee is that the whole idea of it sounds appealing to some and completely off-putting to others (kind of like Cilantro). The company raves of its health benefits, taste, and antioxidant properties, making it seem like a great choice. But, the idea of mushrooms inside your morning cup of joe? Not for everyone.

After you’ve gotten over (or excited about) the idea of an earthy morning pick-me-up, then comes the price. Mushroom coffee isn’t the cheap alternative that the Fins of the 1940s relied on; it’ll cost you about $30 Canadian for a 30-day supply.

We took the plunge and ordered our own supply of mushroom coffee, and we’re here with an honest review about its buzz, thinking power, and benefits. 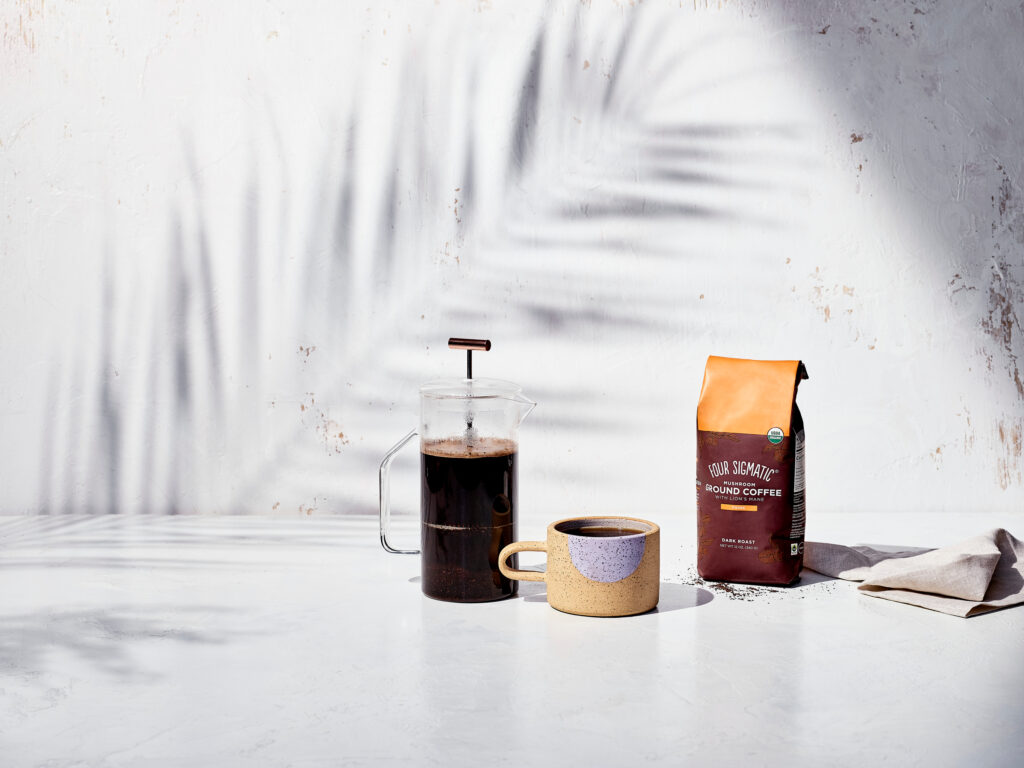 On the taste front, mushroom coffee almost tastes like normal coffee; mostly because it is just normal coffee grounds mixed with a mushroom blend. Yes, it definitely tastes a bit earthy, but for those who regularly substitute taste for benefits in health foods, it was pretty good. Some may even prefer it.

Here’s the other thing; because this is a coffee/shroom blend, the coffee content is slightly lower than normal coffee. So, your caffeine boost is a bit more subtle. Not bad for coffee-lovers who are looking to break their relationship with strong coffee. But, definitely a difference. 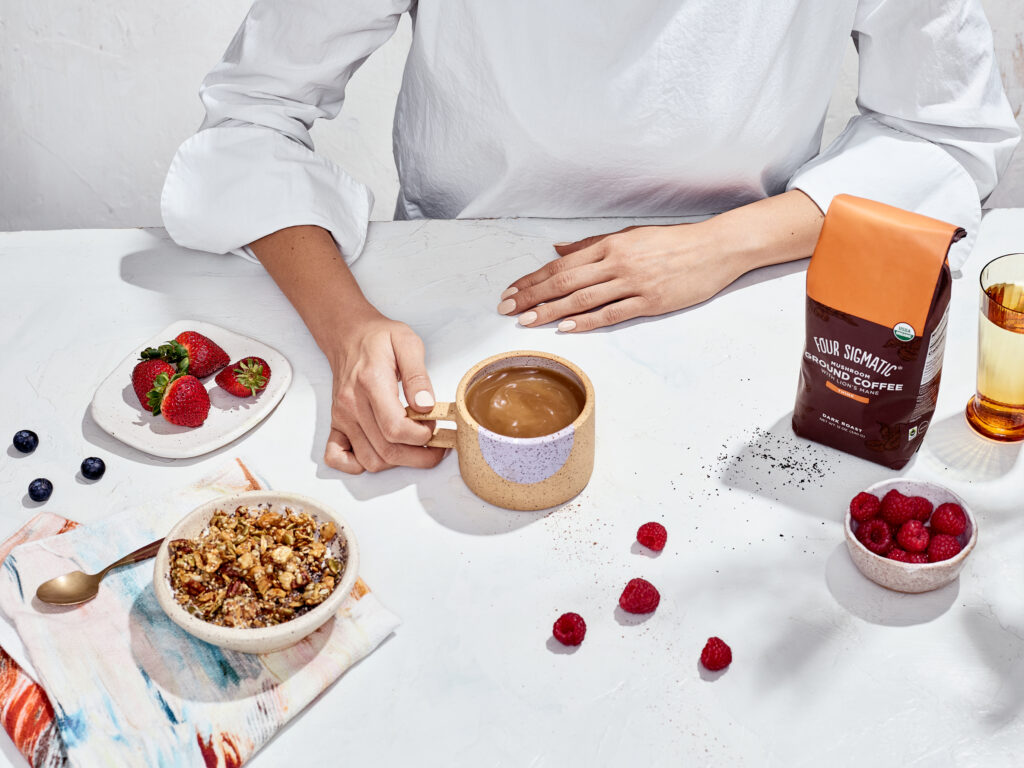 And finally, on the health side of things….the company says that their mushroom blend “keeps the caffeine under control to support clean, focused energy.” So did the nutrient-dense coffee have any such effect? Mostly, yes.

No, there was no secret mushroom-powered state of hyper-focus found by drinking it, but there was a calm and focus; all without the caffeine jitters. You also may feel overly upbeat, probably due to the fact that you feel like you’ve made a healthy choice for your morning cup.

For those who like to incorporate healthy alternatives in their life wherever possible, Four Sigmatic Mushroom Coffee fits the mold. It’s a nutrient-dense blend that easily replaces your morning coffee, and offers a different way of accessing your productivity. The taste is nothing to be wary of, and some will even enjoy it.

Definitely worth a try. For those who actually like the idea of mushrooms in their coffee, it won’t disappoint. 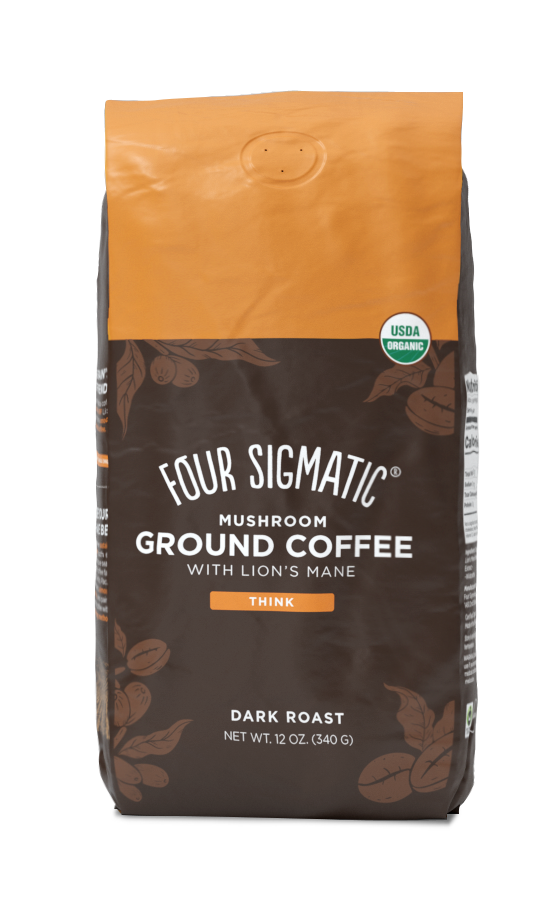